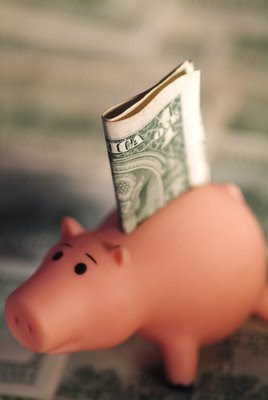 ...and pretty soon, you are talking about a lot of money. I paraphrase (and update for inflation) the famous quote from Senator Everett Dirksen in the 1950s. I typically avoid politics on this blog, partly because that was not the real subject area for which I started it, and partly because I need to keep my blood pressure under control.

However, the current "stimulus" legislation has me free-basing Accupril.

Look, I know we probably need some stimulation for an ailing economy. And I know we need some kind of symbolic gesture that convinces the American public that something positive is being done so they will get off their wallets and spend some money again. But the current measure has become a true monster--one that would not pass the rabbi's kosher inspection because there is definitely some pork in there.

Look at the comments of a very shrewd observer, the actor and political commentator Ben Stein:

Eight hours of debate in the House of Representatives to pass a bill spending $820 billion -- or roughly $102 billion per hour of debate. Only 10 percent of the 'stimulus' [is] to be spent on 2009. Close to half goes to entities that sponsor or employ (or both) members of the Service Employees International Union, federal, state, and municipal employee unions or other Democrat-controlled unions. This bill is sent to Congress after President Obama has been in office for seven days. It is 680 pages long. According to my calculations, not one member of Congress read the entire bill before this vote. Obviously, it would have been impossible, given his schedule, for the president to have read the whole thing. For the amount spent, we could have given every unemployed person in the United States roughly $75,000. We could give every person who had lost a job and is now passing through long-term unemployment of six months or longer roughly $300,000. There has been pork-barrel politics since there has been politics, but the scale of this pork is beyond what had ever been imagined before -- and no one can be sure it will actually do much stimulation. ... This is more than pork-barrel -- this is a coup for the constituencies of the party in power and against the idea of a responsible government itself. A bleak day. Unfortunately, it is only the latest in a long series of such days stretching across decades of rule by both parties, to the point where truly responsible government is only a distant echo of our forgotten ancestors.

I wish I could remember who it was that said (200 years ago!): "The downfall of any democracy comes when the people realize they can vote themselves money from the public treasury."