Voices of People...Who Died Over 100 Years Ago

This is an amazing article!  Imagine being able to hear the actual recorded voices of people who died over a hundred years ago.  That is exactly what a cache of wax cylinders recorded by Thomas Edison and associates in the late 19th century enables us to do...thanks to some modern technology.

The voice of Otto Von Bismarck, who died in 1898.  The first known recording of work by Chopin.  Amazing!

﻿
Now that the missing cylinders have been found, audio engineers used a much more modern device, the Archeophone, to read the squiggly indentations in Edison's wax recording medium without destroying them in the process.

It ain't hi-fi, but it is recorded history. 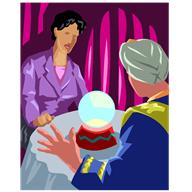 ﻿
I did not necessarily vet any of these, and some may simply be "urban legends," but some I know to have actually been uttered by someone who supposedly knew what he was talking about.  Predictions are always chancy.  These were downright dumb, with the benefit of hindsight (a very strong benefit, by the way!):

"Man will never reach the moon regardless of all future scientific advances."

"The (atomic) bomb will never go off. I speak as an expert in explosives."

"There is no likelihood man can ever tap the power of the atom."

"Computers in the future may weigh more than 1.5 tons."

"I think there is a world market for maybe five computers."

"I have traveled the length and breadth of his country and talked with the best people, and I can assure you that data processing is a fad that won't last out the year."

--The editor in charge of business books for Prentice Hall, 1957

-- Engineer at the Advanced Computing Systems Division of IBM, 1968, commenting on the microchip.

"640K (computer memory) ought to be enough for anybody."

This 'telephone' has too many shortcomings to be seriously considered as a means of communication. The device is inherently of no value to us,"--

"The wireless music box has no imaginable commercial value. Who would pay for a message sent to nobody in particular?"

-- David Sarnoff's associates in response to his urgings for investment in the radio in the 1920s.

"The concept is interesting and well-formed, but in order to earn better than a 'C,' the idea must be feasible,"

"I'm just glad it'll be Clark Gable who's falling on his face and not Gary Cooper,"

"We don't like their sound, and guitar music is on the way out,"

"If I had thought about it, I wouldn't have done the experiment. The literature was full of examples that said you can't do this,"

-- Spencer Silver on the work that led to the unique adhesives for 3-M "Post-It" Notepads.

"Drill for oil? You mean drill into the ground to try and find oil? You're crazy,"

-- Drillers who Edwin L. Drake tried to enlist to his project to drill for oil in 1859.

"Stocks have reached what looks like a permanently high plateau."

"Airplanes are interesting toys but of no military value,"

"Everything that can be invented has been invented,"

"The super computer is technologically impossible. It would take all of the water that flows over Niagara Falls to cool the heat generated by the number of vacuum tubes required."

"I don't know what use any one could find for a machine that would make copies of documents. It certainly couldn't be a feasible business by itself."

-- the head of IBM, refusing to back the idea, forcing the inventor to found Xerox.

"The abdomen, the chest, and the brain will forever be shut from the intrusion of the wise and humane surgeon,"


Predictions about rapidly changing technology seem especially dangerous.  If it is true that technological knowledge doubles every five years, the chances of ending up with egg on one's face is pretty good.  I think I'll just avoid predictions and spend my time and what few brain cells I have left trying to understand what is happening right damn now!

Several items recently hit my monitor that are more or less within the realm and scope of this "rapid technology change and especially as it pertains to media" blog.  Among them: 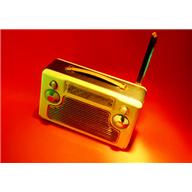 We curmudgeons remember when our parents finally relented and allowed us to have a transistor radio in our rooms so we could listen to that evil rock-and-roll.  My kids had TVs and an extension telephone.  Now my grandkids have the world at their fingertips, not just in their rooms but wherever their sweet little selves happen to be.  That transistor in the shirt pocket has become a truly stunning device that not only allows them to experience a wide of range of media easily and cheaply...oftentimes free...but to create it, too.
Wonder how any homework ever gets done.
Oh, yeah, Wikipedia and Google.  Not "The Book of Knowledge" or "Encyclopedia Brittanica."

And along those lines, did you ever wonder what literary figures from the past would tweet if they had had Twitter accounts and smart phones?  Here is a web site that makes some suggestions.

Enjoy.  And if your kids know who Tom Sawyer or Huck Finn are, they may get a kick out of this, too.  You KNOW they know what Twitter is!

Those of you who regularly see these diatribes know that one area of technological change that I often consider is the kind that directly relates to media.  More and more, people demand the entertainment, information and companionship previously only available in traditional media like newspapers, radio and TV to be delivered on multiple platforms.  nd that comes at a time when the nature of the business of those traditional media is changing dramatically as well. 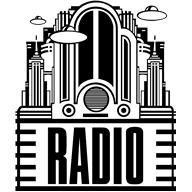 And you regulars also know I think traditional media has its head firmly up its arse in response to this technological and basic-business revolution.  It pains me.  I'm a radio guy.  I still think radio--however we define it nowadays, and my definition may not be the same as those guys who hold the licenses and own the towers on the mountains--is the most intimate and potentially powerful medium there is.  It can still be intensely personal, stunningly effective as theater-of-the-mind, and about as portable as any delivery mechanism can be.

A recent blog post by researcher Mark Ramsey deals well with the two stories traditional radio broadcasting is telling these days.  One is reactionary and, if I do say so, pathetic.  The other is far less prevalent but it is what broadcasters need to not only heed themselves but preach.  One sentence from Mark's post sums it up nicely:

The more radio attracts engagement across platforms (including the one called “the real world”), the more we take back the time radio alternatives have stolen from us.

There it is.  As long as radio relies on its legacy by saying, "We are in every car dashboard so no other platform is going to hurt us or our advertisers," then the more certain it is that the medium's days are dwindling and it will never be the factor it once was.  But if those who are in a position to take advantage of all the means of providing something its audiences and advertisers need--and doing it by CREATING CREATIVE CREATIVITY--then the medium we have known as "broadcast radio" can be as big or bigger than ever.

It's not just about the technology, though customers will expect all the things they want from media across all available technology.  Broadcasters need to be leading the way in providing their programming that way.  It is about leveraging what radio has, at times in its history, done best.  Entertain.  Inform.  Provide companionship.  Create "tribes" of listeners who are loyal--to the "stations" (think of "stations" as "brands" and not spots on the radio dial and you will be closer to how today's media users see it).  Those listeners/users will also be even more important to the advertisers who desperately crave the ability to efficiently and effectively reach those "tribes" who are targeted potential customers.

Create creative creativity, across all current and future platforms, and you will win.