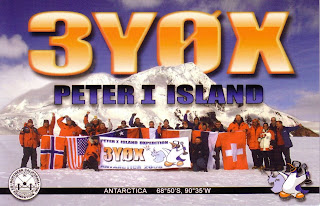 ﻿
There is quite a debate raging over on eHam.net about a service provided to amateur radio operators by our national organization, the American Radio Relay League.  For those unfamiliar with the working of hamdom, when two stations contact each other, since the early days of the hobby, they often exchange a confirmation postcard to confirm the contact.  Called a "QSL card," these confirmations have often been colorful and informative "souvenirs" of the conversation, sometimes featuring pictures of the stations, local geography, and more.  Those cards also serve as verification for a long list of awards that hams can earn.  "WAS" signifies that a station has confirmed contact with a station in all 50 U.S. states.  "DXCC" is an award for confirming contacts with at least 100 countries around the world.

Now, with the Internet and computer being an integral part of most amateur radio "shacks," the ARRL created an electronic way to do these confirmations.  Some say they went overboard on the security aspect of their "Logbook of the World" system.  It does require a security certificate with an applicant's call sign and location verified through the Federal Communications Commission before it is granted to the user.  Many hams have had difficulties setting up the system on their computers or moving it to a different machine when necessary. 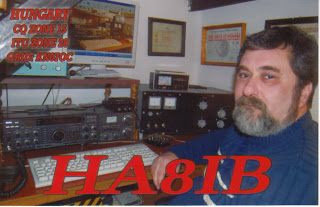 The thrust of the eHam comments--and those with a negative view tend to dominate this discussion just as they do any Internet forum--is that LoTW is too complex, that it threatens the traditional printed, post office-delivered QSL card, and even that it threatens the "privacy" of anyone who uses the system since the League could sell that info or it could be subpoenaed by some nefarious government agency.

This type of debate seems to be quite common these days anytime there is a new-fangled way to do anything in our society.  I suspect a big part of it is simple resistance to technological change.  People still have a choice in most things technical.  You don't have to use a smart phone, join Facebook, have an email address, or use an online QSL service.  But I understand why anyone with an aversion to change or a distrust--however well founded or dismally unfounded it might be--of all this technology is reluctant to accept it. 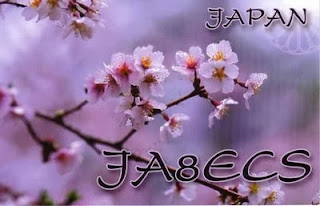 I enjoy getting a QSL card from a new country in Africa or one that bears a picture of a ham's antenna farm in rural Belgium.  I hope we never lose that personal touch.  But I also enjoy the convenience and cost savings of being able to confirm contacts electronically.  Stamps to mail to some parts of the world are expensive.  It can take years to send and receive back a card.  Stations in rare locations get tons of requests for confirmations and that can run into big expense for them, too.  Some even ask for "green stamps"--U.S. dollars--to offset their expenses, but putting cash into an envelope is risky, especially in some spots where an envelope bound for a ham radio operator is routinely opened because everyone knows there are bucks in there.

But the real reason I endorse LoTW and similar services is that it allows me to easily and inexpensively extend the courtesy of a confirmation to anyone and everyone who wants it for whatever reason.  I still get paper cards and I display them on the wall in my office/"shack."  I enjoy looking at them.  I hope they never stop coming.  But I also recognize that there is a way that is better in most aspects and that allows me to benefit from the service.  And I believe there are enough people like me who still like the card that they will probably not go away. 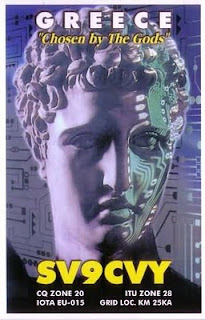 And isn't that what new technology is supposed to do?  I love the fact that I can download a book on my Nook, but I also still enjoy the traditional book.  I also think both methods will still be around for a long, long time.

But I also understand that all this change is scaring the bejesus out of some folks.

When Tech Change is at Its Greatest

--
I had the unique opportunity this past week to visit Minneapolis and be a part of their excellent World War II History Roundtable.  Yes, you ask, but what does that have to do with rapid technological change?  And why do you, Mr. Blogger, bring that up on this tech-change forum?

Well, hold your horses and I'll tell you.  Thanks to Don Patton and others involved with the roundtable, I had the opportunity to tour historic Ft. Snelling, where more than 300,000 young men were inducted into the service in WWII.  It was an old horse fort, established in the early 1800s when the area was Sioux territory, and was once the lodging place for Dred Scott, among other historical significance.  Interesting...no, fascinating...but hardly high-tech.

But not far from there, I was treated to a restoration project that boggles the mind.  Inside a small, cramped room at the back of a lumberyard, a group of amazing people are meticulously restoring a CG-4 glider plane.  During the war, a couple of Minneapolis companies combined to build a bunch of these gliders...decidedly low-tech aircraft...but they were, in their own way, very high-tech in their design and operation.  The handiwork and craftsmanship used in these planes was astounding, as is the talent of the dedicated individuals who are restoring this one. 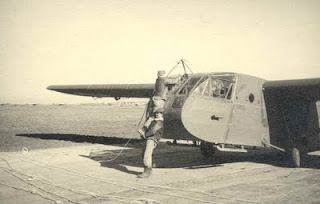 A little digression here, but later in the day, I got a glimpse of the "Greatest Generation" exhibit at the Minnesota History Center.  While there, we ran into an elderly gentleman being helped through the museum by his son.  And that man had actually flown one of the CG-4s during the war.

Anyway, it occurred to me just how much technology comes from something as destructive and horrible as war.  I often give presentations on submarines, and specifically about the Gato and Balao class boats that helped win the war in the Pacific.  At the time of their construction, they were by far the most technologically advanced war machines on the planet.  And they worked.  Over 50% of all Japanese shipping destroyed during the war was the result of the submarines, even though they were at no time any more than 5% of the total naval assets in the Pacific.

I also talk about how much a factor other tech developments such as radar were.  We came up with better radar than the enemies did and it made a big difference in the eventual outcome.  Heck, even VHF radio...previously thought to be virtually useless...helped submarine skippers work together in their wolfpacks without fear of the enemy eavesdropping.

Odd but true: when bad things happen, good things can come from them.  And sometimes the worst things are, the more we gain.