Self Promotion...and a Treatise on Book Titles

So, the paperback version of my latest book, WAR BENEATH THE WAVES, is due to ship to bookstores in early April.  I got my copies yesterday, and the publisher has done a nice job. 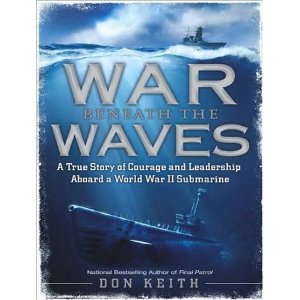 ﻿
I also note that my next book--publication date of November 11--is now being listed on Amazon.com, and they have the title as UNDERSEA WARRIOR: THE WORLD WAR II STORY OF MUSH MORTON AND THE USS WAHOO.  That was one of the titles we were kicking around, so I suppose it is settled.

Titles are funny things.  I'm not especially good at them and often defer to the publishers, whose job it is to create interest and sell copies.  They do it every day, so I figure they must know what title ideas might help sell them.

My favorite two titles of my books are THE FOREVER SEASON and WIZARD OF THE WIND, both of which I came up with.  I don't dislike any of the others, though.  But there is more that goes into titling a book than you might think.

My title idea for WAR BENEATH THE WAVES was SOMEWHERE SOUTH OF HELL.  I thought it described very well a hellish undersea incident involving depth charges, and was based on a description by a submariner that I had seen somewhere of just such an incident.  But my editor informed me that WalMart--who sells more books than just about anybody nowadays--will not put a book on their racks with "damn," "hell," or other words they deem inappropriate.

OK.  Those are their stores and they are perfectly within their rights to refuse to stock any item for any reason they want.  And, by the way, I am perfectly willing to forego my wonderful title idea if it helps them help me to tell Charlie Rush's amazing story.

One more bit of shameless promotion: the book I co-wrote with radio personalities Rick Burgess and Bill "Bubba" Bussey (who is also ham radio op KJ4JJ) is in stores next week.  WE BE BIG is a very interesting book, and I am proud to have been a part of it.  If it follows most of their previous titles--with which I had no association whatsoever--it will be a New York Times bestseller. 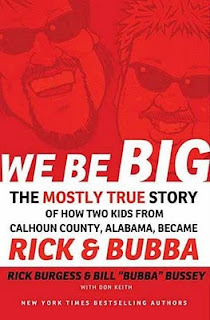 ﻿
That means I can then add that descriptor to my name!  "New York Times best-selling author Don Keith!"

Even as our planet continues to shrink, we sometimes have difficulty understanding or contemplating disasters that happen on the other side of the globe from where we reside.  It is so remote, so...well...foreign.  However, one of the things about my hobby of amateur radio is that whatever happens and wherever on the planet it occurs, I have probably spoken on the radio with and know someone who lives there.
I remember a few years ago when the earthquake hit Costa Rica, I was immediately concerned about my friend, Carlos TI8II.  I heard him on the air a few days later and thankfully, he and his family were okay.  He told an amusing story about how his wife was still mad at him.  It seems that as soon as the shaking stopped, his first concern was his 80-foot tower in the backyard.  His wife accused him of checking on his tower before he did her. 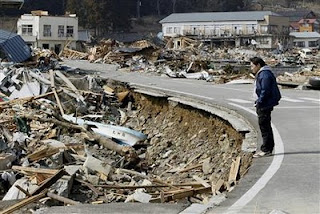 Well, the horrible disaster in Japan this weekend was another instance in which I immediately thought of the many Japanese amateur radio friends I have made over the years.  One is Koichi JR1MLT.  I have spoken with Koichi several times and we exchange messages on the reflector group for the hexbeam antenna, which we both use for our shortwave radio work.  He posted this message on the reflector this morning:

It is 11:30AM, Sunday morning here in Yokohama, Japan.  Myself and my family are OK. The antennas and shack are OK as well but many stuffs came fallen down on the floor. Not serious fortunately.
All the trains and public transportations in Tokyo area on Friday were out of operation. It made many people including myself stayed overnight in the offices, etc. I finally returned home Saturday afternoon.
As you heard through the news over one thousand people were killed and/or are missing due to the giant tsunami in mainly JA7 area. It was nothing but unbelievable! But it happened....
Currently the most horrible news is the accident at the atomic power plant in Fukushima (appx. 250 km north of Tokyo) where a very serious conditions at Plant #1 and may be #2 and #3.

The government spokes man is trying to calm down the public but his words smell something wrong....

I sincerely hope things will get well soon but no idea for the time being. Even now some shaking keeps going. I would sincerely appreciate your help and support globally.
Regards,
Koichi
JR1MLT

Not video on CNN or Fox.  Real words from a friend in a faraway place.  A friend made through this magical hobby of ours.

Future of media gets cloudier and cloudier 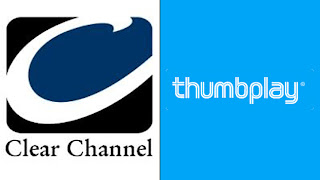 Big announcement this week that Clear Channel...which started as a single radio station in San Antonio and is now the largest owner of radio outlets in the world...has purchased Thumbplay, a Pandora-like cloud-based music service.  Why?  Because CC finally understands, unlike most other traditional broadcasters, that listeners will expect to find their media in myriad places, available on a wide range of "devices," so they can consume that media in any way they wish.

I first met Bob Pittman when he was in broadcasting.  He left radio to start a little cable channel called Music Television (MTV).  He later worked with AOL and was unfortunate enough to ascend to the CEO position after the ill-conceived merger with Time-Warner.  Now, he has joined Clear Channel to try to help them understand the rapidly changing nature of media.

HERE he is interviewed on CNBC's "Power Lunch" about the Thumbplay acquisition and what is happening in media.

Funny thing is, nobody has it figured out yet.  And when somebody does, it will change the next day.  But somebody has to lead radio into the future.  Pittman is one guy who could do it.  Watch this one.  It could be the harbinger of...not spring, like the first robin...but of the future of mass media.
Posted by Don Keith N4KC at 10:01 PM No comments: