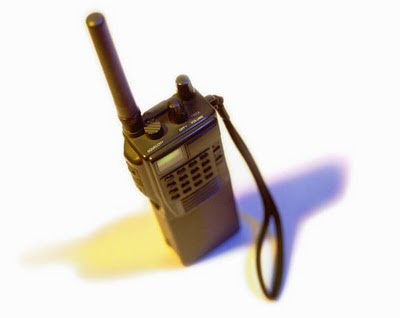 There are those who denigrate amateur radio because they accuse us "hams" of using old-fashioned technology, and they claim the hobby is dying. Yes, we use radio-frequency waves to communicate. And RF communication has been around for over a hundred years. But believe me when I tell you that many aspects of the hobby are as modern as anything on the WWW. (The web, by the way, is just a glorified telephone, and wifi is--dare I say it?--made possible by that hundred-year-old RF stuff.)
Well, no less an observer of all things new and hip than National Public Radio did a story recently on the resurgence in interest in the hobby. You can read the story and listen to the on-air version HERE.
I think they give too much credit for an increase in interest to the elimination of the Morse code as part of the licensing process. That may have helped some, but I really think the hobby has enough to recommend it that it will continue to find a ready group of folks who want to join in.
I just celebrated my 47th year as a licensed "ham" and, despite being an old geezer, I'm enjoying it as much now as I ever have. I had a great chat last weekend with a fellow who was hiking in the mountains of upstate New York. He had climbed a firetower and set up his station there. He also hooked up a VHF radio and transmitted a signal that allowed me to go to a web site and see on a map exactly where he was. A few days before, I spoke with a couple of guys who had ridden snowmobiles out to an island in the far northern reaches of Hudson Bay and were operating from there. And I talked with a group who were using solar-powered radios from the Dry Tortugas off the Florida coast. (By the way, I made some of those contacts using an antenna I built myself.)
I also had a chat the other day--from my car--with a nice guy in Baranquilla, Ecuador. There have been other stations recently operating from an island off Vietnam and from Baghdad, Iraq. Next weekend, huge dish-type antennas--including the famous SETI dish in Arecibo, Puerto Rico--will beam amateur radio signals that will bounce off the moon and back to earth. Many of us will tune in and listen to them.
Dying hobby? Technology passed us by? Even NPR has shoved that notion aside!
73,
Don Keith N4KC
http://www.n4kc.com/
http://www.donkeith.com/
www.facebook.com/donkeith
Posted by Don Keith N4KC at 8:09 PM No comments:

Your taxpayer dollars at work 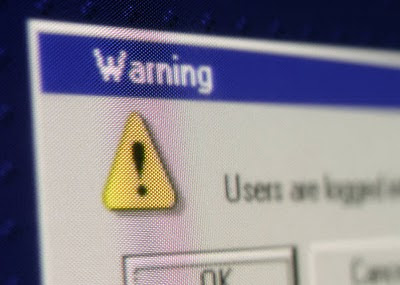 So the Federal Communications Commission has been slapped by a judge who says the agency has no authority to regulate the Internet. Knotty issue, this. When the former Federal Radio Commission was first formed, its primary purpose was to bring some order to the chaos that was the rapidly expanding radio-frequency spectrum. That chaos was first brought to the attention of the public by the Titanic disaster, and the fact that a distress signal from the sinking ocean liner was lost in the interference and nobody heard it.
Things changed rapidly...as they tend to do...and the Commission had to take on commercial broadcasting--first radio and then TV--and telephone communications, and the name of the agency changed to Federal Communications Commission. And since most people use telephone wires in some form or another to ultimately connect their various computers to the Internet, the FCC decided they could jump in and try to deal with the chaos there, too.
They have not done a good job. We ham radio guys know about the BPL (broadband over power lines) debacle, in which the Commission inexplicably ignored all negatives associated with the technology and pushed it hard. There had been rumblings that the Commission wanted to not only regulate the technological side but start meddling in content and many other areas of the web. But a judge said, "No." He said the FCC had no jurisdiction at all.
This hits close to home for me on another front. Readers of this blog know that I have taken issue with the FCC thinking it had any dog in the hunt when it came to radio and TV ratings. The agency has heard testimony about Arbitron's personal people meter radio-ratings technology and has indicated it would wade into that realm. That, to me, is the equivalent of, say, the Securities and Exchange Commission telling Morningstar what criteria to use in ranking mutual funds. There is no reason or right for a regulatory agency to tell a publisher of audience estimates how to do what they do. If Arbitron turns out bad numbers, broadcasters will stop buying them.
And even if the Internet is chaotic, why does the FCC feel they have any authority--statutory or any other kind--to try to do anything about it?

Well, make that THREE self-serving posts in a row!

I just wanted to remind those who might be interested that I will be hosted for the publication party for my new book, WAR BENEATH THE WAVES, tomorrow--Tuesday, April 6--from 4 to 6 PM at Alabama Booksmith in Homewood, Alabama. Details are at:
http://alabamabooksmith.com/event/don-keith-war-beneath-waves
I will also be appearing on "The Rick and Bubba Show," which is syndicated to over fifty radio markets across the country tomorrow morning at 8 AM CDST. They are on 104.7 FM in the Birmingham area or you or check HERE for a station near you. (By the way, ham buddies, Bill "Bubba" Bussey is also an active amateur radio operator, KJ4JJ.)
I am pleased to say that the book...which does not even release until tomorrow...has already broken the top 1,000 on Amazon.com and has been in the top five on several of their military history lists.
Funny what happens when you threaten enough people with violence against their persons if they don't buy the book!