Self-pleasuring at its purest 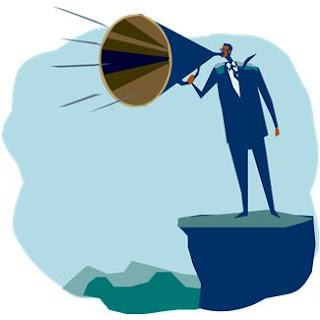 Well, if that post heading doesn't get your attention, nothing will!  I'm back, once again poking fun at the folks at INSIDE RADIO, one of those trade email pubs that caters to radio broadcasters.  They seem on a mission to find any tidbits of good news they can report, or slivers of bad news they can spin positively, all about the medium of over-the-air radio.  Here's the headline that caught my eye this week:

This one falls into the "So, Mrs. Lincoln, otherwise how did you enjoy the play?" category.  Look, advertisers and marketers know that sometimes there is still value in reaching as many people as you can with your message.  That is especially true if you're advertising the BRAND and seeking plain, old-fashioned awareness.  Or if your product or service is geared to every-damn-body with a pulse.  Then yeah, reach and its cousin, frequency, mean something.

On the other hand, advertisers and marketers in the 20-teens are more interested in reaching potential customers, and doing so more efficiently, effectively and measurably than ever before in history.  And despite INSIDE RADIO's attempt at feel-good self-pleasuring, people who sell goods and services have the mechanism to do it now. That means search, pay-per-lead, pay-per-click, SEO, social media, smartphones, and exotic terms that scream for what broadcast radio insists on calling "non-traditional media."  It's not even necessarily social media, though that can certainly be a part of it.

Shoot, my old college alma mater changed the name of their "communications" school from "Broadcast and Film Communication" (what it was when I was there before the Internet was a gleam in Al Goes's eye)  to several other things before settling on "Telecommunications and Film" a long time ago.  Telecommunications!  No mention of radio, TV, magazines, newspaper.  When academia leads industry, industry is moving way, way too slowly. 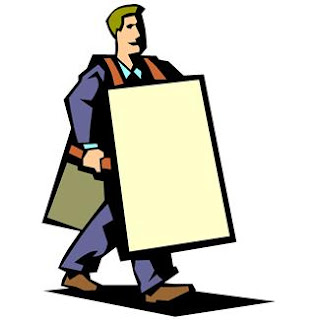 Radio, TV and newspapers--in their traditional blast-to-the-masses form--can never be as efficient or as measurable in reaching somebody who is searching Google for which specific Toyota model and accessories they want and which dealership has the best deal on one.  Wonder why you see fewer car dealer ads in the newspaper?  And, believe it or not, fewer on radio and TV.

Not when that potential Toyota buyer can hone right in on what he/she wants to see, build the car on-line right down to carpet color, compare all dealers' stock, pricing, financing and more, see reviews of dealerships and cars by actual customers, have other makes and models suggested, get ads served anytime he/she is online looking at other stuff that encourages the searcher to look at something new from Toyota, a competing brand, or a dealer, all specifically targeted to where and at what that person has been looking, and a bunch of other info only the web knows about him/her.  And sign up for a text when a specifically-equipped car comes in or there's a special price or financing deal available.  Plus, the dealer likely doesn't pay a dime for all the advertising unless someone who is a prospect clicks on something or signs up for something.

Try doing all that in a 30-second ad in a five-minute spot break between a bunch of "the most and best music with fewer commercials" on Q97.4...even if that potential Toyota customer is part of that station's marvelous "reach."  And only charge the advertiser for the ad if someone actually calls up the dealership.  Or charge a bit more if that person test drives a car.

You want to see a radio station owner's heart stop, mention that sort of sacrilege in his presence.  No, they prefer self-pleasuring.  Look how great and effective we were as an advertising medium in 1972.  Hell, look at our reach! 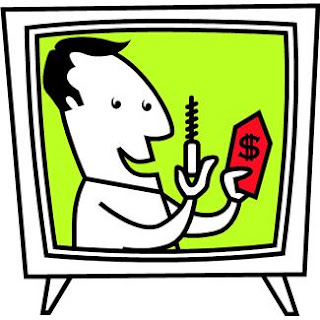 In case you didn't click on the link from the headline above, here's the gist of the article:

Digital may be the darling of Madison Avenue, but at least for the time being traditional media is still the best way to reach Americans.  A survey by KPMG International shows television and radio score best for reach.  The study found 74% of those surveyed reported listening to radio in the previous month, and 88% said they’d watched television.

Let me do some coaching from the bleachers and tear this paragraph apart.  First, digital is not necessarily the darling of Madison Avenue.  At least not just yet.  Many advertising agencies--and especially those in mid-size markets--are still too lazy or simply don't understand digital/search and continue to buy radio and TV the way they have for almost a century.  Why?  Reach is one.  Big numbers--like 74% or 88%--impress advertisers.  But the main reason is that it is easy.  They can show a client that they bought 150 gross rating points for $100 per point with women 25-44.

That means they are plugging numbers into a computer program and negotiating with the stations to hit some arbitrary reach, frequency and cost per 1% of people watching TV.  Or percent of people listening to radio.  Based on "estimates" of audience purchased from Nielsen or Arbitron.

Self pleasuring!  And they do this while doing less than an efficient job of helping the client move widgets in the stores.  Media buying is a science, they say.  Use the numbers.  Make clever ads.  Show the client how many awards you have won.  Then go drum up another client when that one somehow fails to sell any widgets regardless the reach and frequency the computer showed he got.

How many of those 1% of people watching TV are planning on buying a car?  Shopping for a Camry?  Narrowing choices to the two dealers with the best deal using the web or a smartphone app?

And those "impressive" numbers from KPMG's survey?  In the last month, 74% of respondents listened to the radio and 88% watched TV.  I'm shocked it was not 100% for each.  Is there anyone who doesn't flip on a radio or TV sometime during a month?  Who did KPMG survey here?  Cave dwellers?  An Amish enclave in Ohio?

The INSIDE RADIO article quotes another survey--in an effort to be balanced, perhaps--that marketers will put considerably less focus on radio, TV and print this year.  And they end the article with the shocking pronouncement:

Marketers say they’ll spend more time figuring out how to make online, mobile, and social media work for them.

Well, welcome to 2013!  Did these duds who responded to the survey go to sleep in 1990 with the alarm set for the 21st century?

It's time somebody in media stepped up and broke some rules.  They'll take some knocks and get bruised, but that will be the only way for them to survive rapid technological change that has changed everything these guys know.  And no amount of "wow, look how many eyes and ears we reach!" will pull them out of the morass they have waded into blindly.

I call that self-pleasuring.  Whoop-de-do!