Some recent news stories you may have missed

Several related stories in the news today you may have missed:
1) Citing the presence of a small number of racist or violent police officers on their forces, state legislatures and city governments in several areas have begun the process of defunding or eliminating entirely the police departments over which they have jurisdiction. Most will allocate the money previously allotted for police to social service and drug intervention programs, maintaining such interdiction programs will eliminate all crime and that armed police will no longer be necessary. 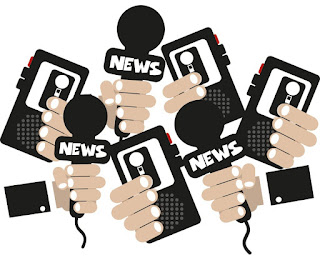 2) Noting that a small percentage of all major league baseball players perennially have a batting average below .100, the League will dismantle professional baseball in this country entirely, eliminating the personal suffering of and constant pressure on these vulnerable players. Money that would have gone to MLB will now be used to build batting cages in centrally-located areas and to pay instructors to teach kids how to hit the curve ball.
3) Because almost 40,000 people die in auto accidents each year on highways in the USA, the NTSB has begun a multi-billion-dollar program to bulldoze every single mile of roadway in the country. The original plan was to use any leftover funds to provide every man, woman and child in the country a bicycle, However, it was learned that almost 800 people die in bicycle accidents each year. Although practically all of those fatalities were from autos hitting cyclists, the NTSB said, "Even one person dying on a bicycle is too many."
They will, instead, outlaw bicycles and provide every man, woman and child in America a walking stick, pending accurate statistics on how many non-traffic-related walking fatalities occur each year. There was some discussion about simply ordering everyone to stay home, but since that policy is already in effect, it would have little impact on the problem.
4) Because a percentage of all elected and appointed government officials--including those serving in the U.S. Senate and House of Representatives, state legislatures, and city governments--are corrupt, dim-witted or certifiably insane, it has been determined that every single one of them will be removed from office, just to be sure the right ones are gone and can do no more damage. Since that is cited as the reason to get rid of all police officers just to eliminate the bad ones, it should work just fine for all politicians, too.
Elections will be scheduled for some future date...or not. The consensus is that the media has all the answers anyway and should be able to step in and run the government just fine until we get around to elections.One suggestion is that elections not be held until some scientific way is developed to determine if a candidate has at least some modicum of common sense. The problem there is that anyone who desires to run for political office is clearly devoid of common sense in the first place.
The decision of how to eventually re-elect a government will now rest with a panel of academics from Harvard, Yale, Stanford and Malcom X University, representatives of several community organizing groups, and contributors to Fox News, CNN and MSNBC. The group has already announced that the committee to plan the agenda for the first agenda-planning committee meeting will begin discussions sometime in the near future at a location to be determined by the location-determination committee.
Posted by Don Keith N4KC at 7:53 PM No comments: