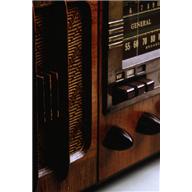 ﻿
Back to media, and especially broadcast radio, a subject still near and dear to my heart.  For recent followers, I spent over twenty years in radio and still believe it has the potential to be one of the most influential and powerful media for a number of reasons I won't linger on here.  But it could be.  Could be if the keys to today's radio stations were not in the possession of people who apparently have no clue as to the potential of this sound-based medium and what it could still offer.

I was talking today with a friend who has a friend who is a general manager of a group of stations.  That fellow has decades of success and several of his stations were once legendary in the industry.  But, of course, they were purchased by one of the big, publicly-traded corporations that has snatched up hundreds of stations across America.  A company that is especially conscious of the bottom line as it affects their stock price.  So, this GM is now under a dictate that he cannot approve an expenditure over $100 without approval from the home office.

That means the "home office" has a proven manager overseeing properties worth many millions of dollars who cannot even take a couple of local clients to dinner at a nice restaurant without getting permission from HQ...and, I understand, most of those decisions are made by the CEO himself.

Incidentally, all this "cut our way to success" on the part of these particular "enlightened" broadcasters has resulted in a single-digit stock price, dramatic drop in ratings, and more signs that their method of running radio stations may not be best.

Second bit of news: one of the last successful family-owned radio stations has just been sold.  WABB-FM in Mobile, Alabama, was a rarity, a stand-alone AM/FM in a sizeable market, surrounded by other clusters of stations that are owned by giant conglomerates.  It is another legendary property, managed and programmed creatively so it was able to compete...and compete well...against those other guys.  Its owner, Bernie Dittman, died several years ago, and I don't blame the family for cashing out.  Considering the state of the medium, they are doing the best thing.

It's sad, though, that the outfit that is buying them is a "non-profit" that owns hundreds of stations, programming most of them from a central location.  See, I know Mobile.  I used to own WZEW-FM there.  It is not like any other city in America.  WABB and WZEW sounded like Mobile, not like some other homogenized set of stations.  How could some deejay sitting in Nebraska know how people in Mobile feel during Mardi Gras, or talk about having lunch at Wintzell's Oyster House, describe the full moon on the bay from a pier in Fairhope, or give us the heads-up about the fog this morning on the Causeway?  Or play just the perfect set of songs to match the mood on a rainy morning in the Port City?

My friend Ben McWhorter summed up nicely the giant companies who swooped in and bought up every available signal in all sizeable towns and built their "portfolios" of "broadcast clusters."

There is only one word that goes well with "cluster."