Two spleen-venting posts in one

Please allow me to get two things off my chest in one convenient rant, both about a couple of my favorite whipping boys, both media that have been very much affected by rapid technological change.

How dare Pandora?!?  Don't they know that listeners will tune out in droves if they have their free streamed music interrupted by such a tremendous number of crass commercial messages each hour?

Thank goodness, good, old, free over-the-air radio broadcasters are not mistreating their listeners in such a vicious way. They somehow manage to only run between twelve and fifteen minutes of commercials each hour.  And to cram them into only two or three commercial breaks, so you can get them over with in one fell swoop. Well, in two fell swoops in most cases. And I'm sure that sixth or seventh commercial gets just as much attention for the advertiser as the first or second one.

And certainly more attention than the third or fourth one in an hour on Pandora.  Yes, broadcasters and INSIDE RADIO can absolutely chide Pandora for upping their commercial load by a stupendous 60%...from 3.3 to 5.3 commercials...because traditional broadcasters would have to fill up almost half of every hour to raise their own spot load by 60%.  Oooops. Maybe I should not have made that observation.  Some of them will do just that!

Now, I remove my tongue from my cheek to attack dying-medium #2, my local newspaper:

So I get an alert from my credit card company that there has been a charge initiated by The Birmingham News for $39.68.  Hmmmm.  I do charge my paper-newspaper subscription on that credit card, but that seemed a tad high for the quarterly renewal.

Sure enough, for the past year, the thrice-weekly paper has cost me $28.34 per quarter. It has suddenly--and without any note or warning--ratcheted up 34%!  By more than one-third! 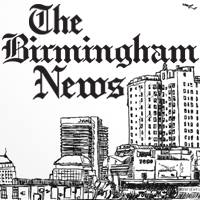 So I call the customer service number, the only one I can find for The News, and get some clearly bored person in some distant city, likely working for a company that fields such calls as mine as an outsourced vendor. I doubt she could find Birmingham on the map, much less my Wednesday paper in the privet hedge adjacent to my driveway. It is also obvious I am not her first call on this particular subject as she immediately informs me, directly from the script in front of her, "This is an increase due to increased paper and distribution costs."

"Odd," I respond, "Since the newspaper you now toss into my driveway is easily a third as many sheets of newsprint as it was only a few years ago.  And you only toss it three days a week, and not the former seven.  I would think the cost of newsprint and distribution would have had to go up at least 12 times (a third as much paper delivered three-sevenths as often) its former cost for there to be an increase of any kind warranted."

She had no scripted comeback so immediately said, "I can offer you two free weeks."

"Not good enough. You folks are lucky I still subscribe at all because..."

"I can give you a month free," she interrupted. As I say, she has heard all this before out there in Denver (where their call center is if you have an issue with not getting a paper thrown) or over in Atlanta (where the newspaper is printed each of those three days of the week when they bother putting out a paper paper) or wherever she is located.  "Plus you continue to have access to the daily e-edition of the paper."

Thank you for that!  That e-edition.  Same as the paper edition three days a week.  The comics and puzzles the other four, which eventually show up in the printed editions when they bother to throw it to me. All in a clunky interface that is difficult to access and read. Or I can get the same stories on their Internet affiliate, AL.com.  An even clunkier interface, burdened by incessant pop-up and fly-in ads that seize the screen mid-paragraph, starts loud audio ad messages for which it is impossible to find a cut-off, and constantly dump cookies and other junk on my hard drive.

"And credit my card with the difference on the current charge?"

"Yessir."  Sounds of clicking.  "We have credited your card with the difference, sir. Thank you for being a subscriber and I hope you have..."

"Wait. Is there a number I can call or an email address I can use to express my concern about such a big increase with no notice?"

"No, sir. We do not have any other number or email address.  Thank you for being a subscriber and I hope you have a wonderful rest of your day."

Just as with my old favorite medium--and the one that fed my family for more than three decades--broadcast radio, the newspaper seems destined to commit economic suicide by doing dumb stuff at a time when rapid technological change is already threatening their very existence.

Now would be the time to do things to counter change over which these media have no control.  Instead they continue to shoot themselves in the foot with remarkably good aim.