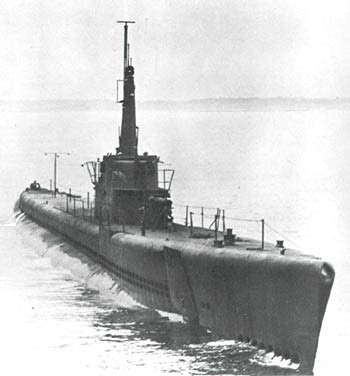 Hey, it IS my blog, okay? I just wanted to make certain that anyone who stumbled onto this mess while looking for Don Keith Opper or Toby Keith or Don Juan or Keith Olberman or somebody really famous knew that the new book--WAR BENEATH THE WAVES--is also going to be available as an audio book.

No, I didn't know. Not until I saw it on Amazon and then went to the audio publisher's site and read the whole deal...which you can do, too, if so moved, by clicking on the link you can find HERE.

Or quit the stalling and go buy a copy by clicking HERE. 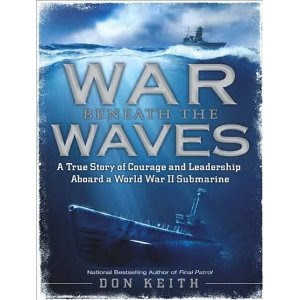 The hero of the book is a WWII veteran named Charlie Rush. He is 91, lives in South Florida, and is as lucid and interesting a fellow as you will ever meet. I admit I was a bit worried about how he would like the book, or that he would find mistakes. I had a long chat with him last weekend, after he got his copy of the book and read it cover-to-cover in one day. His first words to me on the telephone were, "Fanstastic book!" He went on to tell me he was amazed how accurately I told the story without having actually been there. You cannot imagine how thrilled I was to hear that. It was important to Charlie--and to me, by the way--that the story be told accurately and without bias. I should give credit to Captain Rush, who spent quite a bit of time on the phone with me doing interviews and referred me to a few other interviews and oral histories he gave. And to Chief Charlie Odom, who left a great oral history at the University of Tennessee. And to John Crouse, who runs the Submarine Museum in St. Mary's, Georgia, and was kind enough to copy and send me a stack of patrol logs from the Billfish.

Now, I can't wait to HEAR how the book turned out! 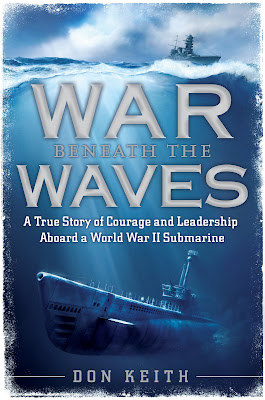 Okay, I apologize. This is another one of those self-serving posts that is unabashedly aimed at promoting my stuff and making me money. So shoot me!

First, my new book, WAR BENEATH THE WAVES from Caliber/Penguin will release on April 5. I have a number of signings and media appearances coming up, including the Rick and Bubba Show (syndicated to 50 markets around the country) on April 6 at 8 AM CDST. Dash on over to my WEBSITE for more details on places where I will be just in case you don't want to accidentally run into me somewhere. Or for more info on the book itself--and it is a wonderful story even if I DID write it--click away on this CAPTITALIZED TEXT and your browser will do the rest.

By the way, the kind folks at The Washington Post have asked me to do a short article on leadership, using this story as the basis, and that will appear on their web site in mid-April. Stay tuned and I'll have more news on that in future unabashedly self-serving posts.

Secondly, the eHam.net website--a great spot for anyone interested in the hobby of amateur radio or electronics--has lost their senses and published another article written by this writer. If you find extra time on your hands and want to take a tour of the slices of HF spectrum that are devoted to us "ham nuts," click somewhere close to HERE and take a look. It is intended for those who are developing an interest in the hobby or who are relatively new and not familiar with the character of the different frequency bands on which we cast out radio signals into the ether.

So, the sun is shining, the temperature is above 70 for the first time in months, and I'm ready to reach into the top-right-hand desk drawer, take out the 5-and-a-quarter-inch floppy diskette, insert it into the A: drive on the Packard-Bell, get an A: prompt, and type in "execute weekend.exe."

See you on the radio!

eBooks vs. paper books -- where are the profits? 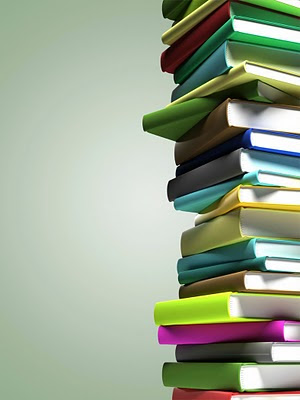 An article that hits close to home appeared on the NEW YORK TIMES website recently. It talks about the effect of electronic books on the traditional printed book. And it also debunks the thought that publishers will realize a much greater profit from electronic books. Here are the highlights:

Hey, I certainly won't argue with that conclusion!