Will Apple "Beats" Pandora, Spotify and the Rest?

Yessir, the landscape of how people listen to music has just been altered...again.  It's a real skyscraper this time.  One that has been around a while, that already changed everything a couple of times before.  It's Apple.  Uncharacteristically late to the party, Apple has finally unveiled their streaming music service with the clever title of...ready? 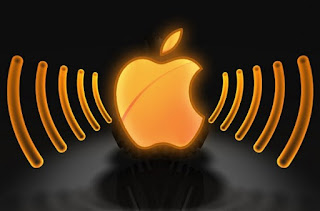 Apple Music.  But why?  As mentioned in my last post, the services that everyone assumes are doing wonderfully well are not exactly setting the woods afire, though they have made lots of impact on your granddaddy's way of hearing music, the totally ancient over-the-air broadcast radio.  Google is in the mix, too, and they are a pretty big company with which to contend, wouldn't you say?

So why is Apple jumping into the fray to allow people to listen to music on their little hand-held telephones?  Is there pent-up demand for such a thing?  Are the masses clamoring for a music source that is not currently available to them from multiple streamers?  Will millions of people be willing to pop $9.99 a month onto their credit cards just because Apple is in the (rather bland) name of this new service?

I say no.  Nor can I see anything so far that differentiates Apple Music from anyone else spitting out a continual stream of songs.  Oh, there is one thing.  They will have live deejays who are supposedly curating the music...working their butts off, finding songs YOU want to hear, including new music they believe you NEED to hear.  And according to the video, the whole idea is for that music to be consumed by masses of people who react emotionally to the songs and to the deejays playing them...playing them just for all those folks out there listening to them at that very moment.

Wait.  Isn't that RADIO?  Damn straight it is.  Or was.  Have we, with the help of the geniuses in Cupertino, now done a complete 180?  Your typical radio station with a tower on the hill and a colorful logo and cluttered web site is now streaming music--over the air with 100,000 watts of hit power!- and removing such "negatives" as personalities and songs that don't "test well" because they are too new or too creative for the good of the listener.  And Apple Music--basically a streaming web site--is differentiating itself by adding live personalities, new songs they think you would like (though they still use some of the same algorithms to build individual "playlists" based on your choices, just as the other guys do), and some warmth and humanity that the computers at Pandora and Spotify cannot do.

Or, apparently, your local radio station either.  Even though the guys with the tower and transmitter are in prime position to know YOU, who you are and what you and your neighbors want to hear.  But that is a familiar rant that I won't get into today.

So can Apple sell this concept?  Is the Apple name big enough to convince you that their magic touch can inject some life into spitting out one song after another.  And why are they doing this now?

Cynics say they have to, but may have already fumbled the ball.  Phones dominate their massive profits now.  iTunes is way, way down.  If Apple Music can make iPhones even more in demand then it is a good thing.  If they successfully use those live deejays to tell you about all the other wonderful things Apple is doing for YOU at $795 retail for a telephone, then it may be a good idea for them.  If they can justify the billions they spent to buy Beats by using the technology to extend listening beyond the phones instead of just using the name for their "station."  At the worst, if it loses them a billion or two, nobody but the accountants will notice.

Is it a win for music lovers?  For artists and songwriters?  For the music industry?  Maybe.  We'll see, won't we?

Regular followers here know how I feel about how rapid technological change is affecting media in general and traditional over-the-air TV and radio in particular.  Basically, it's like an armadillo in the middle of a super-highway.  But traditional media continue to waddle right down  the thoroughfare, doing business just as they always had.  And, like our poor armadillo, ignoring all those other technological innovations that were threatening their very existence.

Somehow radio and TV continue to do the same (or less!) than they did when their only competition for eyeballs and ears were themselves.  How could media who are supposed to be so creative be so utterly lacking in creativity or innovation when their entire business model is in danger of getting splattered by a semi?

But even I have to admit that I'm surprised that Pandora and other commercial-free, web-delivered content have not made an even bigger dent in traditional radio.  Especially in light of data that shows Netflix is gutting network TV at a stunning rate...even if Nielsen, the folks who theoretically measure TV viewing, has no way of measuring the outlet that probably has more eyeballs than any one of the networks.

Now comes an interesting blog post by one of the smartest men in the business, and one of the smartest with whom I have had the pleasure of working.  Pierre Bouvard has some interesting observations based on new data, and if you are interested at all in how tech change is adjusting what you will be watching on that big-screen, take a moment to READ it.

So does this mean radio remains strong and vibrant?  No, it is still an armadillo, creeping across a ten-lane expressway, and the tech world is bearing down on it at well above the speed limit.  What this data Pierre shares might mean is that it is not too late.  That station operators can still find ways to embrace how people expect media to be delivered and paid for.  But it ain't playing "the biggest hits of yesterday and today with fewer commercials."

See, time is running out.  Curling up in a shell and hoping the onslaught misses is not a strategy for saving a medium.
Posted by Don Keith N4KC at 8:27 AM No comments: