When your life depends on it

Many topics to cover in this blog but so little time, what with the holidays, some traveling, and the publication of two new novels.  (See THE SPIN and ON THE ROAD TO KINGDOM COME for more on those.)  I absolutely do want to talk about the upcoming sale of Arbitron, the radio ratings company, to Nielsen, the TV ratings company, and its potential impact on media, advertisers and consumers. 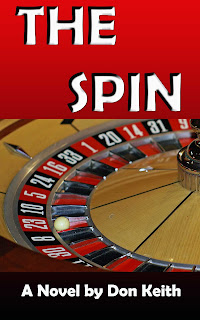 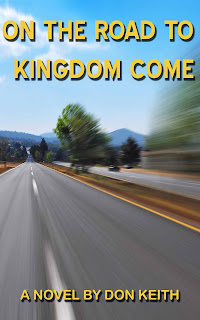 But today I need to pile on my old medium of choice, broadcast radio.  The holidays bring back many not-so-fond memories of my days in radio when we had to scramble to make sure our stations were staffed during the holidays.  See, in those days, we thought it to be important that someone live be there, playing music, giving news and weather updates, answering the telephones, and communicating with our listeners.  Yes, even on holidays.

That is no longer the feeling, of course.  Most radio stations are on auto-pilot most of the time, but especially on holidays.  Syndicated programming or deejay voice-tracking are the rule.  When severe weather threatened our area on Christmas Day, James Spann, one of the local TV meteorologists (his blog is the first choice of anyone who wants up-to-date and detailed weather info), even warned people NOT to rely on broadcast radio for alerts during the holidays because "they will be unmanned." 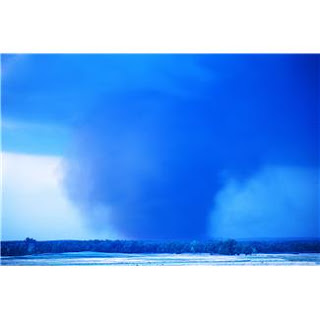 He was absolutely correct.  Fortunately, my area was spared, though we are still nervous after the killer storms we have experienced in the last couple of years.  But just down the road an EF-2 tornado struck Mobile, Alabama, on Christmas Day.  The potential for such a storm was known and disseminated by all media for several days prior.  TV stations used their "weather cams" to broadcast live the funnel cloud as it touched down.  Station web sites fed updates and images live.  Facebook and Twitter were full of eye-witness reports.

That meant people in their cars or otherwise out and about--unless they were also fiddling with their smart phones--had to rely on the "old reliable" broadcast radio stations for a warning.

Here is a post by one frustrated person in Mobile that appeared on a local blog:

Mobile radio was nowhere to be found when it came to tonight's tornado emergency.  Even after a confirmed tornado touched down in one of Mobile's most populated areas, none of the stations could be bothered to break away from their programming.  It wasn't until well into the warning that Cumulus finally switched all their stations to airing Local 15 TV's audio, but by then the tornado was long gone and all that was left was assessing the damage.

To make matters worse, the EAS alerts that passed through the audio from NOAA weather radio were awful.  Clear Channel's was audible but delayed by what seemed like a minute or two compared to Cumulus, and Cumulus' audio was almost unintelligible at times because they had such a weak signal from NOAA it was static-laden.

Tell me again why anyone here or anywhere else should trust local radio to tell them ANYTHING in a timely fashion?  It was an embarrassment.  Yes, I realize this is a holiday and everyone's gone home for the week but this storm system was being hyped two or three days ago, plenty of time for SOMEONE SOMEWHERE to put in a contingency plan.

No, that would make too much damned sense.  Gotta play Jingle Bell Rock for the umpteenth time, gotta put on Delilah or whatever, gotta air those ads.

Thank God for the internet, right?  I got timely text updates from both the NWS Mobile, some of the local stations and even James Spann from ABC 33/40 in Birmingham… I got live streaming video from WKRG's website… but I couldn't get a god forsaken weather report on my car radio to save my life.

This is it.  I am done.  Between the poor sound quality and processing, the narrow playlists, the faux local voicetracked DJs, the lack of local weather & news and the 6 minute commercial blocks, I am DONE with local radio.  Screw it.  They can continue to play to the lowest common denominator and rot in hell for all I care.

Sense his/her anger?  Again, at a time when broadcast radio is facing the biggest challenge since TV came along to confront the medium, it appears that those who hold the keys to those facilities have thrown up their hands and given up.  If they don't even care enough to prepare for a potential devastating, life-threatening event, then what will they do to connect with listeners in less crucial ways?

That continues to irk me no end, since I still believe in the innate and potential power of the audio medium.  And, in this case, their lackadaisical attitude could have killed some people.


The ratings for broadcast radio are finally confirming what many of us know intuitively.  Media users are spending less time with their old friend, the "radio."  See this recent article in one of the radio trade publications that has heretofore denied such erosion: 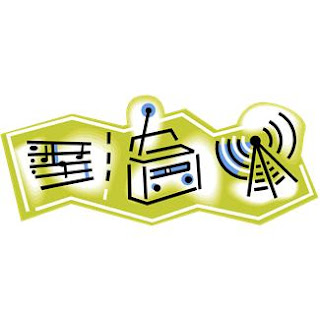 Weekly time spent listening declines by 28 minutes.
The average American aged 12+ spent 13 hours and 51 minutes listening to radio a week, according to Arbitron’s RADAR 113 report, which covers March 31, 2011–March 28, 2012. While that’s a healthy number – nearly two hours a day – it’s down 28 minutes a week from one year earlier: 14 hours and 19 minutes. More alarming are year-over-year declines among young adults.

I can hear the spin already.  "Statistical quirk."  "No problem since folks still spend two hours a day listening to radio."  "It's that damn PPM device!"  (PPM is the device Arbitron now uses in the larger markets to measure radio listening as opposed to the old methodology: asking a sample of listeners to keep a diary of their radio usage for a week.)

Oh, and the one I expect to hear most: "Doesn't matter.  Radio is an average-quarter-hour medium."

Without going into detail, average quarter hour (AQH) is a measure of how many people are listening to a station in an average quarter hour during the time period specified.  Radio has always loved this number since listeners tend to jump around from station to station.  But if someone who is keeping one of those diaries for Arbitron indicates listening to a station for only five minutes out of a fifteen minute period, the ratings company gives that station credit for keeping the listener for the whole fifteen minutes.

Advertisers, on the other hand, want people to stick around long enough to hear their commercials.  And ideally hear them more than one time.  That means they care more about time spent listening to a station (TSL).  And the newer PPM methodology does a much better job of measuring that parameter than the diary ever did.

Simple fact is people have far more listening choices than ever before.  That more and more includes in their automobiles, the traditional bastion of broadcast radio.  And at the same time, the nature of over-the-air radio broadcasting today is that programming is less and less innovative and compelling, surrendering precious hours of time spent listening to other sources of entertainment, information and companionship.

So actually it is no surprise whatsoever that people are listening less.  And believe me when I tell you that they will continue to do so.  At least until someone offers something on the airwaves that makes them not only listen more often but for longer periods of time.