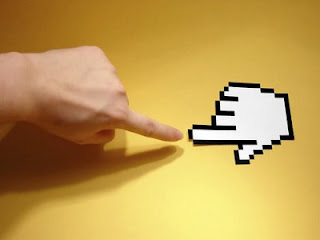 I have written at length in this blog about how the public will jump on certain new technologies and totally ignore others...and speculated on the reasons why. The example I have given often is "HD" radio, the catch-phrase the National Association of Broadcasters has attached to digital, over-the-air, broadcast radio. Despite millions of dollars in marketing, the new technology has yet to get any traction whatsoever, even as the NAB cheers small victories like Volvo making HD receivers an extra-cost option in their cars.
I am reproducing here a very good explanation of why this is the case, but consider this in terms of other technologies that seem like a good idea, get cast out there before the swine, and get ignored or at least fail to gain traction. Hams might think of D-Star or HF digital. Commercial radio had AM stereo and quadrophonic. Movies have 3-D and even "Smell-o-vision." You can probably think of your own examples in other areas.
This essay is from Mark Ramsey, who publishes a great blog on radio, and I reproduce a good portion of it here--completely without permission:

Maybe the last time I'll ever write about HD Radio
It was during the 1920 presidential election that one of America's first radio stations, KDKA, demonstrated why America wanted and needed radio. This was the first time that election returns were announced live to an audience eager to hear them. No longer did folks have to wait for the newspaper special edition to hit the street the next morning. Lucky listeners already knew Warren Harding had won the election, and that news had come to them, like magic, from the sky.
As reported in the book Hello, Everybody!: The Dawn of American Radio, the excitement triggered by KDKA's coverage set off a national mania.
On the morning of November 3, Westinghouse's switchboard was flooded with calls from people wanting to find out how they could get a radio.
To be sure, radio was the iPod of the 1920's. And, just as sure, HD radio is not the iPod of the 2000's.
I haven't written much about HD radio lately because, like the vast majority of America, I'm not particularly interested in it. After all, radio's challenges and opportunities run deep and long, and HD is neither challenge nor opportunity. It's worth noting, however, that in our zeal to establish this new medium as one that matters, we have forgotten the lessons of our own industry's history.
What, after all, are the lessons of the mania sparked by KDKA on a cold winter's night in 1920? What was it that made radio worth wanting for those folks who had none?
Three things, I think:
1. Radio provided highly desirable content. Election results - Presidential election results - hours before the newspaper? That's attractive content.
2. Radio provided something that couldn't be gotten any other way. Unless someone who heard the broadcast called you to tell you about it, you would have to wait for the morning paper. And that call from a friend only served to sell you on the need to buy your own radio.
3. Radio was dramaticallly different from all other substitutes. In its earliest days, radio was indistinguishable from magic. What was the next closest medium? Recorded discs? The newspaper?
The fate of HD radio was sealed even before it was introduced.
It would never contain highly desirable content because such content comes at a price, and no rational broadcaster would stick such valuable content on radios that didn't exist yet in the marketplace, yet the lesson above clearly suggests that there is no demand without the valuable content to drive it.
Especially in this Internet-enabled age, HD provides nothing that couldn't be gotten in many other ways. More every day.
HD is dramaticallly similar to - not different from - all of those alternatives, and not necessarily better than any.
This may well be the last time I even comment on HD, so completely has my interest in it waned.
I'll leave you with this evergreen reminder: Technology is transitional. Content is forever.

That last paragraph should be chiseled into monuments and erected in front of every radio station in America!

How we get our entertainment 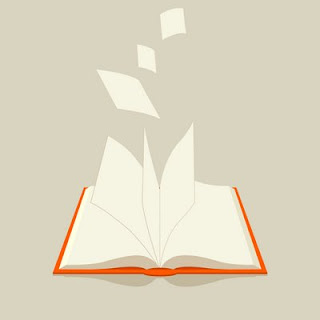 I've mentioned before on this little blog about how I wonder what my grandparents would have felt about the way folks get their news, entertainment, and companionship today. They were simple folks, dirt farmers in rural Alabama. Companionship consisted of family and friends coming to visit on Sundays and going to church. That was about it.
Entertainment was the radio. None of them read much so there was no daily paper or regular magazine subscritions. They had Bibles and that was the library. No TV. No cable. No Internet. They did not even have a telephone until the mid-60s.

Two things got me to thinking about how far we have come since they were passing what little free time they had by sitting on the front porch on lazy Sunday afternoons, talking, telling stories, visiting. First my nine-year-old grandaughter, Alexa, was showing me all her favorite videos on YouTube. She's past TV. "Boring," she says of most of the shows. And it bothers her that she has to go to all the trouble to set the DVR for a show she wants to see later. YouTube lets her watch "Charlie the Unicorn" anytime she wants and as many times as she wants. Makes me think of how my own kids--including Alexa's dad--griped and complained when we lost the remote control once and they actually had to get up and walk to the TV to change the channel!
Good or bad trends for our kids and grandkids? Like most innovation, some of both. They are exposed to so much more than my generation was. The opportunity for learning and broadening perspective is a wonderful thing. The opportunity for their being exposed to wrong-headedness, prejudice, and perversion is something that keeps me awake at night.
Here's the second thing. Most of us take for granted the vast offerings available to us just beyond the modem. Today I got a note from my friend Wayne Long (amateur radio call sign K9YNF). Wayne runs an interesting website called LongShortStories.com. Wayne is a prolific (and very, very good) storyteller and offers his works on a subscription basis. Like most who want to write to be read (as opposed to those who want to write to get rich and are, thus, almost all doomed to failure), Wayne has found a way to reach an audience while giving value to what he is creating. I highly recommend the site.
He is also running a short story contest that might be of interest to others who are driven to tell stories via a medium where they just might get read.
This fits this particular post topic because it got me to thinking about where writers of fifty years ago were able to reach their audience. Yes, there were books. But there were also a number of widely-circulated magazines that published fiction--Playboy, Esquire, and a ton more, including many in genre such as detective, romance, science fiction--and they all gave a means for writers to hone their craft and reach readers. A place to work on their craft, so to speak, and get paid for doing it. A place to build a following, too, that would eventually help them sell enough books to write for a living.
Those magazines are long gone. Sites such as Wayne's will, I hope, give writers a way to tell their stories so they can be accessed by readers.
Otherwise, where are the Dashiel Hammets, Truman Capotes, and other great writers going to flex their muscles? Where can we have that "farm team" that good writers can access while they get ready for the "majors?"

The Joystick in the Cockpit 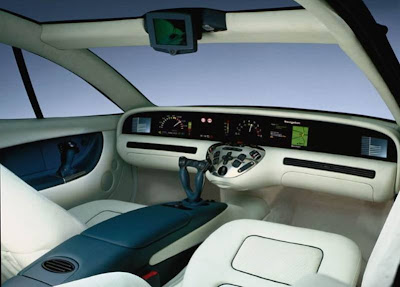 You think gaming technology does not have great influence other areas of life? Or that technology that is familiar to some is not downright frightening to others?
This is the photo of the "cockpit" of a new concept car from Mercedes-Benz. Yes, you are seeing it correctly! The steering wheel has been replaced with a joystick.

I'll bet if you are over 50 years old (and not an airplane pilot), the thought of steering your car with a joystick is a tad scary.

I'll also bet that if you are 30 years old or less, you wonder what took so long.