Yes, rapid technological change has led to quite a few things that were once commonplace becoming extinct.  Things like newspapers, telephone booths, and vinyl records.  When I taught communications, I often brought in a 45 or 33 RPM record and asked my classes of mostly 18-to-30-year-olds to tell me what it was.  Few could. 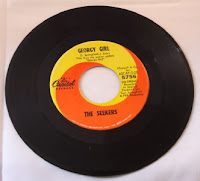 Then it really hit me one day when I brought in a music CD and no one in the class knew what it was either, or had ever used one.  I felt as if I had been trampled by a dinosaur sprinting away from an Ice Age glacier. 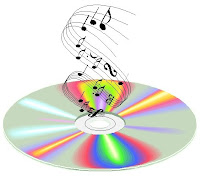 So I am not surprised by this little demonstration from Great Britain's BBC. They gave a portable radio to random young people on the street and asked them to dial in "Radio One."  That is the government-owned broadcaster's primary channel.  I was not surprised that most of them were at least aware of the station itself, since there are still precious few choices on the radio broadcasting band in the UK.

What floored me was how long it took to find someone who actually knew how to use the frequency dial on the radio to find and tune in the station.  See for yourself.

But if you doubt the revelation, just ask the next person under 30 who climbs into your car what the "AM" means on your auto radio.

Now excuse me while I go put a stack of 45s on the Victrola, type up a few pages on the Selectric, and then arrange my VHS movie collection in chronological order.