It rarely turns out the way we think it will

First an apology: I have not posted here nearly as often lately as I wanted to. This is not due to the lack of interesting and sometimes frightening developments in the ever-mutating world of rapid technological change. Nor is it because I didn't see plenty of the effects of that change on society, the media and my hobby of choice, amateur radio. Trouble is, much of what I observed and wanted to comment on had blown past and either did not turn out the way I would have predicted or it continues to change and morph before I get the opportunity to even think and post about it.

Final excuse: I have been quite busy lately, what with the release of the movie "Hunter Killer" based on my and George Wallace's book, "Firing Point," now reissued in all forms by the publisher under the title "Hunter Killer." That and at least four film/TV projects I'm neck-deep in. And an exciting new book-publishing venture I'll be announcing soon. 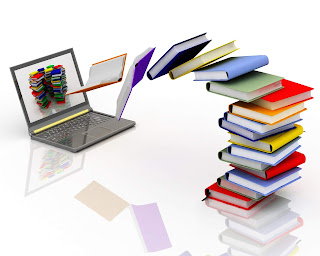 Speaking of which: the article that encouraged me to come up for air long enough to make this long-delayed blog post. Check out this story in "Wired," which states right up front that rapidly changing media don't always turn out the way all the smart prognosticators predict. In fact, it rarely does. And the prime example about which the author writes is the good, old-fashioned book.

Yes, the book!  I'll allow the article to speak for itself, but suffice it to say, the more things change, the more they stay the same. Sorta.

Best of the New Year to you and yours!