Okay, enough ranting and raving for now. This is fun. My friend, Jim Carpenter, N4PAI, sent me the following. You have to know Morse code to appreciate it:

The author is Bill Munsil, K1ATV, from Flagstaff, Arizona. Am I a geek because I think this is hilarious? 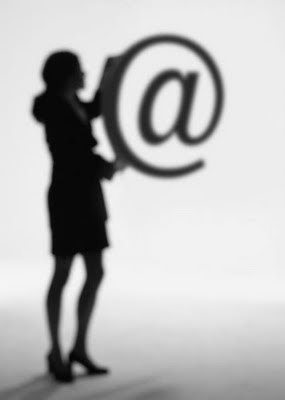 I had occasion to attend an interesting conference today. An assortment of folks gave presentations about new interactive media, social media, email marketing, and the like. All interesting and enlightening stuff. These speakers were smart, and I learned quite a bit. But I came away thinking--and I'm convinced every one of them would agree--that nobody really has a handle on this sort of thing.

See, for the first time in the history of marketing and advertising, the customer is in control, not the marketer or advertiser. For the first time, the people we are trying to sell is more in control of our message than we are. A couple of generations who have been sold, sold, sold are perfectly willing to tell us to take our sales pitch and put it where the sun don't shine--sideways. That's hard for some staid, set-in-their-ways marketers to understand.

Traditional media are already hurting. Newspapers, TV, radio. Oh, they'll blame it all on the recession, but the boat had sprung a sizeable leak long before that storm blew up. (There is a stunningly accurate essay on researcher Mark Ramsey's blog that talks about the reluctance of radio station owners to change their ways. It's long but worth the read HERE)

If nothing else, the sheer size of it all should be enough to strike terror into the hearts of the Luddites in the ad game. There are 200 million blogs out there. YouTube posts videos so fast, you would not have time to watch them all without getting behind. The Krispy Kreme doughnut Facebook page has 20,000 followers.

If Facebook was a country, its "population" would make it the fourth largest on the planet.

A Chinese web site similar to Facebook is even larger.

I think I need to lie down for a while.

Whatever happened to, "I wanna see the manager?" 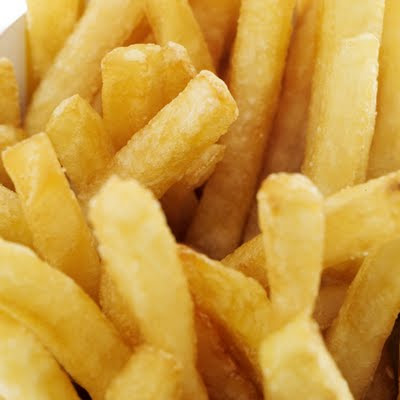 Ever been miffed by the tatted-and-studded person at the drive-thru at the Burger Doodle? Got a potato-crunch-grease-patty in your sack instead of the fried doughnut stick you actually ordered. You probably demanded to talk with the manager, who turned out to be a slightly older tatted-and-studded person, and who promised you a free chocolate-covered simulated frozen milk wad on your next visit to make up for it.

Well, you've been going about it the wrong way. Technology has evolved to the point that, if you are creative enough, you can bring the whole chain to its knees:

Cool stuff that fits this blog

Always on the lookout for cool stuff that deals with the subject matter of this blog.

If you doubt that Facebook, Twitter and other "social media" are fundamentally changing society, look at this:

Hey, want to send your name to Mars? Free? Simply follow this link, enter your name, and hit "Submit" and your name will be encoded on a chip that is going to Mars in 2011:

So much going on out there in the cyber-world, so little time... 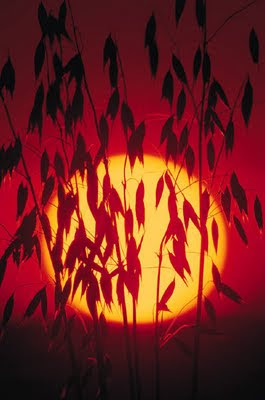 Gracious me! Note that all this silliness relates to technological change. How people get their music. Who makes money on the songs that are written, performed, sold, played on the radio. Whether stations can play what they want for whatever reason and sell advertising to whomever they damn well please. How audiences are measured. Whether the FCC or state attorneys general or President Obama have any reason at all to even consider getting involved in all this heated, sunbaked mess.

Pass me another cold beer and I'll sit back and watch all this play out. It's better than any re-run sit-com you might catch on TV right now!

What's in a name?

I understand giving up some brand equity to reflect a stronger, more defensible brand. I really do. But on what basis does Radio Shack decide to drop the "Radio" from its name and become...are you ready?...The Shack?

Huh? Company chief marketing officer Lee Applbaum says the change was simply adopting the name most customers and employees called the electronics store anyway. I'm not sure I've ever heard anyone call it "The Shack." Have you? And I've been a customer for 40 years. "Rat Shack," maybe. Lots of times. But I wouldn't recommend using that name either.

I guess Rude Counter Person Who Does Not Know Jack was taken already. Or maybe didn't test well in focus groups.

Incidentally, I first heard about this in one of the radio industry trades, and their position was that The Shack no longer wants to be associated with radio. Does that mean the Rockettes will soon be hoofing in the City Music Hall? That kids will be riding in Flyer wagons? That the Queen song will forever be renamed, simply, "Ga Ga?" And our beloved hobby will become "amateur?" Or, worse, "ham?"

Christian Science Monitor reporter Matthew Shaer has some cogent cognition on the subject in his blog HERE. There is a funny blog post on this topic HERE.

Sad thing is, Radio Shack (I know it was officially one word, but I can't make myself do it) was once a good source of various parts, cables and tools electronic hobbyists required. Or had people manning the store who could explain to the unitiated how to hook up a set of speakers or program a scanner. Need a couple of BNC connectors and a short piece of coax at 8 PM? Run down to the mall. They sold quite a bit of amateur radio gear for a while, too. Heck, I bought my first computer, a TRS-80, from The Shack (grrrrrrrrr).

Truth is, they lost their image a long time ago, carrying everything from cell phones to CB radio antennas. Yes, they once had the image as a haven for nerds, but at least they had an image an were a haven for somebody with money to spend.

Oh, well. I guess it is true, what I read the other day. You know a company's dying when it reaches for that last straw, "re-branding."

What do people want?--part II 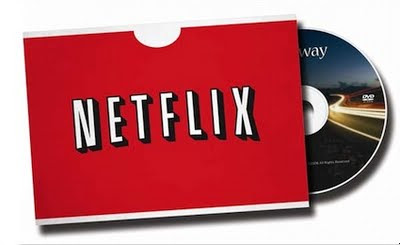 Along the same lines as yesterday's blog comes an interesting article on the CNN/Fortune web site about Reed Hastings, the CEO of Netflix. There is also an interesting video interview with him at the bottom of the article.

Key and very cogent point: though he and his company have built an amazingly strong business mailing DVDs to customers, do you think he plans to do that forever? No, of course not. He knows that technology is coming quickly that will allow him to provide movies to customers in myriad other ways.

Reed is NOT in the DVD movie mailing business. He is in the "giving customers a way to watch video entertainment economically and conveniently" business.

So I ask the question, are radio and TV companies in the radio or TV business? No. A million times no.

(Click HERE to read the article and see the interview.)
Posted by Don Keith N4KC at 6:31 PM 1 comment: