(With your kind indulgence, I am going to stray a bit from the usual rapid-technological-change thing for this post.  And I warn you: I'm venturing into politics on this one.)

I have always had something of a jaded view of Libertarians.  Yes, I agree with much of what they have to offer, but they seemed to be out there on some kind of wild-eyed island, bent on legalizing everything, removing all regulation, and just short of being anarchists.  And the epitome of libertarianism has recently been Senator Rand Paul of Kentucky.

Sorry, but to me, he had that slightly askew look and a tendency to give speeches in which he seemed to say he had all the answers and the rest of us were too dumb (or liberal) to realize just how wrong we were.

Oh, and out there with them on the lunatic fringe were the Tea Party members, a group that I assumed wanted to take us all the way back to the 1700s in more ways than one.  Sure, some of what I heard from them made pretty good sense, but still, I was leery.  They just seemed too clear-eyed and evangelical for them to be up to any good at all.

And as a human rights radical, an individual freedom liberal, and an economic conservative, I just could not see how many of their ideas were anywhere compatible with mine, though I admit that I took little time to really hear what they were saying.  That was simply because I was put off by the labels they wore.

Well, lately, I have become more and more willing to listen to what Paul and the Tea Partiers have to say.  Amazingly, I find very little with which I disagree any more.

Last night, President Barack Obama gave his fifth State of the Union address.  I truly hoped he would propose sensible actions to change what I believe is a stagnating economy and what Jimmy Carter would term a general malaise in our country.  What I heard was a rousing stump speech that was powerfully and expertly delivered...but one that had not an ounce of practical content and absolutely no new ideas.  Anyone who heard some are welcome to point them out to me.  The "My RA?"  C'mon!  Don't we have the IRA and a confusing melange of 401 savings programs already?

Okay, so maybe the Republican response would be a chance for the GOP to show what their solutions were, what they would propose instead.  Rep. Cathy McMorris-Rogers delivered a powerful, emotional speech that told a wonderful personal story...but one that had not an ounce of practical content and absolutely no new ideas.

Then, today, I watched a video response to the president's state of the union by Senator Paul and another by Senator Mike Lee, representing the Tea Party point of view.  Frankly, I was astonished by what I heard.  Both these men were singing a welcome song!

Are they sincere?  Is it more "tell 'em what they want to hear" rhetoric that politicians use to get elected?  Can't say.  But the ideas they expressed made about as much sense to me as anything I have heard articulated in a long, long time.

Here is what I'd like to issue to you as a challenge.  Watch the two responses mentioned above by clicking on the links below.  It will take you a total of about 20 minutes.

Then comment here or drop me an email and tell me anything they say with which you disagree and why.  Tell me anything at all you think they have wrong.  What do they say that is incendiary, destructive, or a bad idea?  Which of their proposals simply will not work?

Maybe I am turning Libertarian!

Is that a silver screen in your pocket or are you just glad to see me? 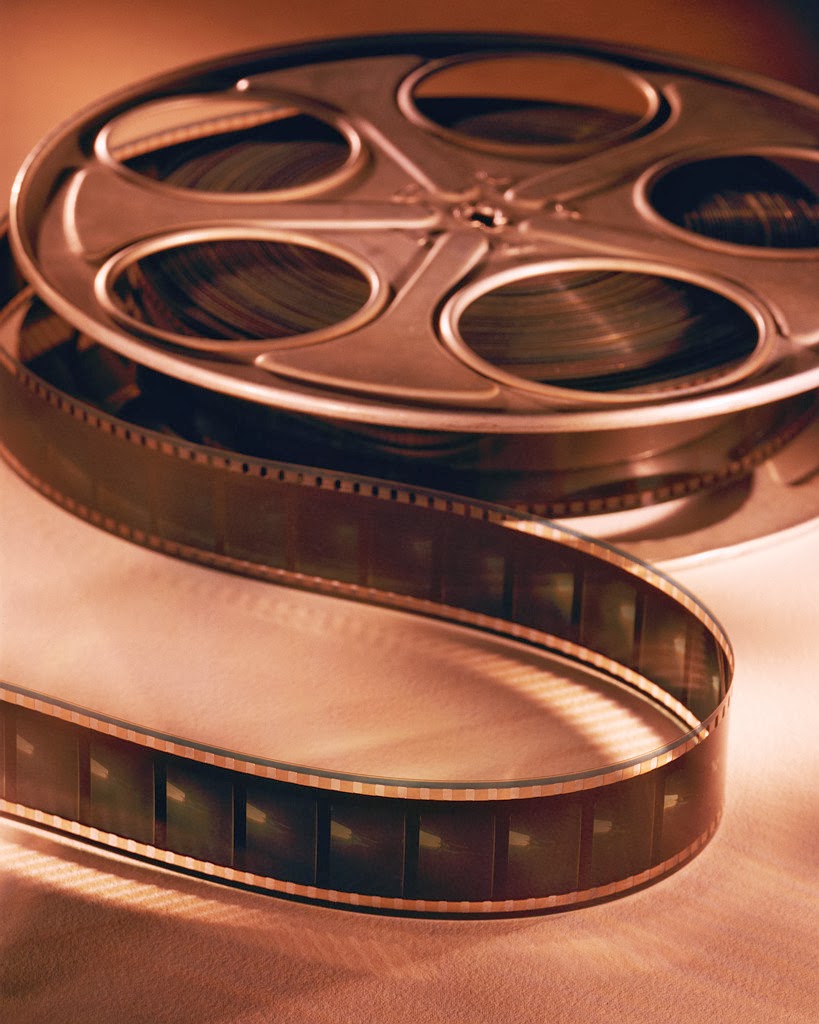 So, been to the movies lately?  I mean TO the movies, to a cineplex down at the mall?  The motion picture industry is yet another medium that is changing at the speed of...well...flickering light, and that is due to rapid technological change.  I could even defend the claim that it is changing faster than any other of the media that are undergoing such rapid evolution, and that it is a prime example of a medium in which most within its realm are having a tough time accepting such change.

Think about it.  Yes, you can still go to a theater, breathe in the smell of popcorn, buy a $4 cup of soda, sit in a broken seat, and watch a movie spool out on the screen.  But odds are, you are not seeing that aforementioned flickering light at all.  You are seeing a digital image projected on a screen.  Studios fought such a thing for years.  Digitizing images and distributing them on a disc increased the chance of piracy exponentially.  It was hard as heck to swipe a huge case of 35mm film. 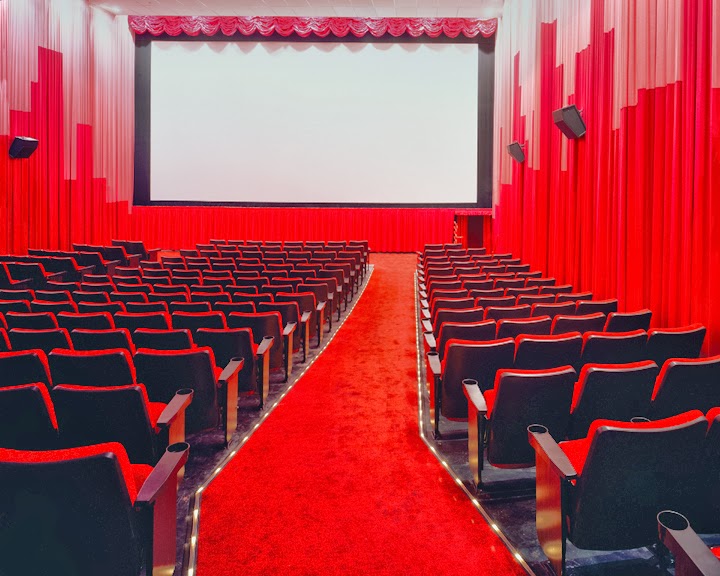 Flash forward to auditoriums full of cell phones, most of which contain enough memory to capture a movie, albeit in terrible quality.  It is still the case that studios, theaters, and distributors have considerable heartburn over the chances of folks swiping their precious content and selling it dark alleys.

Those are actually the least of what should be their concerns nowadays.  The whole economic model of the moving picture racket has turned upside down. The media consumer has awakened and he is hungry.  Hungry and spoiled.  He wants his "content" anywhere he can get it.  He is not nearly as willing to drive, park, pay, and sit in a broken seat to consume it.  Thanks to technology, "movies" and "TV" and "video" have all become "content."  If it is moving pictures, it is content and consumers want it now, cheap, and on a dizzying array of devices. 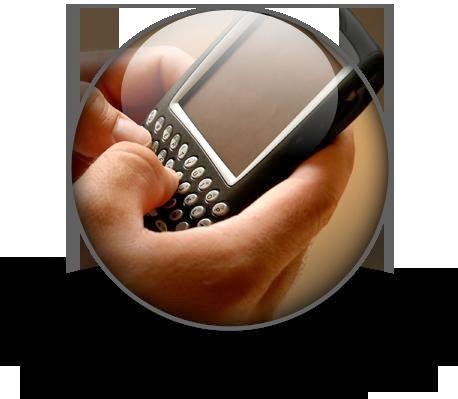 They don't care about definitions or labels.  If they want to see it, they probably still want it available on their TVs and down at the cineplex but they also want it on their smart phones, tablets, computers, e-readers, car dashboards, and anyplace else they can get it.  And they want it right damn now!  Whenever "now" is.

What do studios think about all this?  They are cross-eyed apoplectic!  When you have made so much money and had so much control for so long a time, it is hard to accept change, no matter how much sense it makes or how many customers demand it.

Well, enter the new breed.  For example, there is a gentleman named Ryan Kavanaugh who runs a comparatively small studio called Relativity Media.  They actually started by being the go-between that put those very same big studios in touch with Wall Street hedge fund money and got some big and important pictures made.  But Kavanaugh has developed some strong opinions about how those moguls must change if they are to be the content providers that succeed in today's world of content-when-and-how-I want-it.

Kavanaugh was the keynote speaker at the Variety Magazine Entertainment Summit at this week's Consumer Electronics Show in Las Vegas.  Here is a video of that presentation.

Will the big studio heads listen to Kavanaugh and others who predict even more sea change in the movie biz?  They dang well better!

(In the interest of full disclosure, Ryan Kavanaugh and his studio hold the option on a book I co-wrote with George Wallace, FIRING POINT.  It is in pre-production and will someday (I hope) be released under the title HUNTER KILLER.  Kavanaugh is also listed as one of the film's producers.  Even if we weren't technically in business together--although we have never met or spoken--I would still be of the opinion that the guy knows what he is talking about, and people with the ability to produce and distribute content should listen to him.)
Posted by Don Keith N4KC at 4:51 PM No comments: