So I decided to do a special event station... 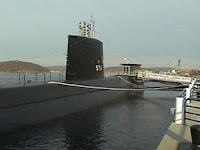 So I decided to do a ham radio special event station.

See, I have just co-written a book about the USS Nautilus and her historic trip to the North Pole in August 1958. I had the pleasure of writing the book with the late Captain William Anderson, the gentleman who was her skipper for the journey. The event was worldwide news—easily the equal of the first moon landing—at a time in our history when America needed heroes and something of which to be proud. A few years ago, Time Life Books named it one of mankind’s greatest adventures. However few people today are aware of the impact of that dangerous mission and the role it played in our eventual victory in the Cold War. (The book, THE ICE DIARIES, will be out this June, to be published by Thomas Nelson http://www.thomasnelson.com/consumer/ .)

There will be several 50th anniversary commemorative events this August and I thought it would be especially exciting to do a ham radio special event station to raise awareness of what Nautilus and her crew accomplished, not only in the US but worldwide. I also suspected that it would be a real hassle to pull it off, especially considering that I have a day job, write and promote books on the side, and would like to occasionally be on the radio doing some operating.

I was wrong about the hassle. Or at least I have been so far.

Applying for a special event station call sign turns out to be remarkably easy. The steps are right there in several places on the web (http://www.w5yi-vec.org/page.php?id=315 for example). I simply sent a request to one of the Volunteer Examiners who handle those one-by-one calls, told her why I wanted to do the operation and when, and requested one from a list of several that seemed to be available for that time period. In a few days, I had N9N, my first choice, for a two-week period that surrouned the anniversary of the Polar crossing. It works nicely for “Nautilus 90 North,” the historic radio message Captain Anderson and his crew sent to President Eisenhower and the Pentagon when they emerged from beneath the ice after the successful transit from the Pacific to the Atlantic via the Pole. (For the geographically challenged, the North Pole is at 90 degrees north latitude.)

My dream is to operate August 2 and 3 (the 3rd is the actual anniversary date) from Historic Ship Nautilus herself. She is now berthed on the Thames River at the Naval Submarine Museum and Library in New London, Connecticut (see image above). I live in Alabama and I immediately began trying to figure how to get permission and handle logistics by long distance, how I would assemble and transport a station a thousand miles, and who I could get to help me set up the station and man it for two long days. On a whim, I found the web pages for a couple of amateur radio clubs in the area and dashed off emails. Within hours, I heard from several wonderful folks who indicated they would be interested in helping. Among them was a representative from the Navy Military Affiliate Radio System (MARS) group from the area. They not only are willing to provide several complete stations but will also assist in working with the museum and library staff in making arrangements.

We are still awaiting approval from the Officer in Charge at Historic Ship Nautilus but reaction to the idea has been positive so far and we are confident we will be able to operate from the vicinity, if not from the ship. We are already talking about antennas, amps, power and bands with the MARS group.

I keep waiting for Murphy to have his say, but so far, so good.

I’ll keep you updated on the N9N operation here as well as on my web site at http://www.n4kc.com/. 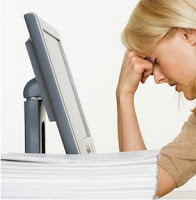 Yes, I know ham radio operators will debate about anything. It's just our nature, I suppose. Besides, we have to say something into that microphone or tap out something on the key or else we become permanent "lurkers!" If you visit the various websites (especially eHam and QRZ), you see a great deal of discourse--some heated, some not, but very little of it logically thought out and presented--about the state of amateur radio technology. Many claim the presence of surface-mount gear and digital modes are the death knell of the hobby. They are convinced that if you can't take your station apart, down to the chassis, and put it back together again, then you are somehow less of a "real ham."

I suspect many of these folks are simply resistant to or afraid of c-h-a-n-g-e. That's an old bugbaboo. For many of us, change represents the unknown, and the unknown is something to fear. It is human nature to gravitate toward our comfort zones and fight stubbornly to remain there.

We are not the only ones, of course. Automobile enthusiasts rue the day that the first computer was installed into a car. Audiophiles are certain that the day the vinyl LP virtually disappeared and recordings went digital was really the day the music died.

Again, I state the obvious: change is inevitable. Our goal should be to not only embrace it but to do what we can to:

1) Make that change a positive thing, and

2) Remember and honor past technologies.

I am actually heartened to see the number of relatively new hams who never built and tuned up a DX-100 or aligned a Hammarlund receiver are vitally interested in the boat anchors. I think CW is another example of ancient technology that is being preserved and used...partly because it is fun and partly because it is still a darn fine mode for communication.

Hey, I am not naive enough to believe that anything as sweeping as technological change is not going to upset some people. Wait until everyone has to have a digital TV/digital signal source in February 2009. Despite the long ramp up, all the publicity, and the government efforts...with our tax money :-( ...trying to take the sting out of such a major change, there will still be many who will be shocked when the soaps and game shows suddenly disappear from their cyclops.

That is still my idea of hell--living in this day and time of unprecedented change and not being able to adapt to it.