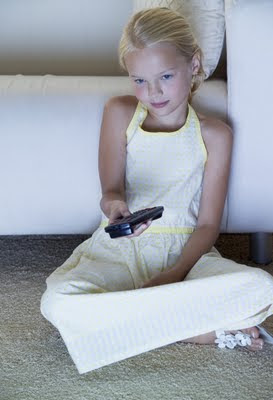 It is the sort of story I usually see in the TV trades, the rags that are required to find a silver lining in every media cloud if they hope to hang onto their subscriber base. But this one comes from the New York Times, who have no reason to pump up TV. The article talks about how TV owners and advertisers once saw the DVR--TiVo and the like--as the worst possible thing that could happen. People would record expensive primetime programming and watch it later. Sometimes weeks later. And the stations would not get the benefit of the ratings.

Well, Nielsen will now count that viewing if it occurs within about three weeks from the original airing, so the stations get the ratings that they can sell to advertisers. And who cares when people watch a show so long as they watch it? A good show, pitted in the same time slot as an established hit on another network, now has the ability to find a sizeable audience...albeit one that is delayed in viewing. That does seem like a good thing. "House" and "The Office" are mentioned as big beneficiaries of time-delayed viewing.

That same research also gets credit in the Times article for more good news about the devilish DVR: people are actually not skipping commercials when they finally get around to watching that recorded programming. In fact, the article crows, 46% of the valuable 18-49-year-olds say they do not fast-forward through the commercial breaks. 46%!

That reminds me of those casinos who claim "97% payout on our slot machines!" That just means that for every dollar you feed the little monster, 3 cents goes into the coffers of the casino. Three dollars out of every Benjamin. That adds up when you sit there all day, feeding the slot dollar bills.

And if 46% are not fast-forwarding past those high-priced ads, 54% are. Does that mean the networks are going to start charging advertisers 54% less for those commercials?

Right now, they are simply fast-forwarding past that question.