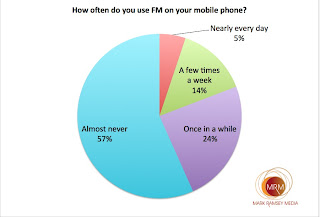 Nobody to talk to?

There's an interesting forum discussion going on at http://www.eham.net/ in which a relativly new amateur radio licensee asks why he is having so much trouble finding people with whom he can carry on a good conversation.  The responses have been all over the map but quite a few take the tack that society is mean, that amateur radio ops are not what they used to be, that the quality of people who are currently in the hobby is not what it once was...back in "the good old days."

You know what is funny? Had there been an Internet and online forums back in 1962, you would have seen many of the very same comments you see there now.  You know the kind...whether it's a forum for ham radio or for stamp collectors:

The hobby is going to heck. Nobody to talk to. Those SSBers are ruining the whole thing for the rest of us. People are impolite and disgustingly uncivil. They talk about things they shouldn't on the air. No wonder our numbers are dropping...kids aren't entering the hobby...the FCC is ignoring us, hoping we go away. The test is too easy. 5 WPM Novice? Disaster! Guys don't even know how to turn on their radios. Where's the challenge, the barrier to entry to keep out the riffraff? Glorified CB! Weed 'em out! Make 'em build a transmitter before they can get a license. Make the code test be 40 WPM.  That'll make sure anyone entering ham radio represents the elite, the best.  (Sound just a tad "Nazy Youth?")

I'm no Pollyanna, and I think I have a realistic view of the hobby, current society, and technological change. I even blog on it here for all five or six of my loyal followers.  We have the same problems, issues, idiots, and goofballs as we probably had when Marconi made the first DX QSO. We just have a much more elaborate (and anonymous) way to hear and complain about them.

There's an interesting concept among those who study media. It suggests that while life on this planet is so far superior for most of its inhabitants than it has ever been in history, we dwell on the bad things more. That's because good news and positive stories don't sell papers, increase viewers and listeners, or make you click on web sites. Doom sells!  (See my earlier rant about global warming.  Lots of folks have made money and won prestigious awards selling that concept!)

Case in point: that gal who was charged with killing her daughter down in Orlando but was found innocent. Women have been accused of killing their kids since the very beginning of time. Many were found innocent. Why does this one continue to be the lead story on all those cable channels?

And what does that have to do with not being able to find a QSO on 146.88? Well, hopefully you get the point. The hobby is not going to heck in a handbasket. There are jerks out there...on the hams bands just as there on the Internet and in real life. But there are also plenty of delightful, interesting people. We just tend to blog and post about the bad ones.

Maybe everyone should get off the forums and blogs and, instead, go twist a dial on their radios and listen!  Or actually smile and say hello to that person next to you on your next airplane trip.
Posted by Don Keith N4KC at 11:29 AM 6 comments: