The end of radio

Regular followers of this rapidly-changing-technology blog are well aware of my constant harping on the dismal future of broadcast radio...those who still broadcast from a tower on a hill and believe that--because they are there and free--they will never succumb to new technology.  Just in case you have not seen my posts urging broadcasters to wake up and provide content worth seeking out--to use the brands they have established to beat out Pandora, Spotify, and other new competitors--here is a succinct summation of why and how soon over-the-air radio will be graveyard dead.  It comes from marketing guru and visionary Seth Godin:

An end of radio

Eight years ago, I described how city-wide wifi would destroy the business of local radio. Once you have access to a million radio stations online, why would you listen to endless commercials and the top 40?
I realized last week that this has just happened. Not via wifi, but via Bluetooth and the smart phone.
The car-sharing driver (Bluetooth equipped car, with a smart phone, of course) who picked me up the other day was listening to a local radio station. It was almost as if he was smoking a pipe or driving a buggy. With so many podcasts, free downloads and Spotify stations to listen to, why? With traffic, weather and talking maps in your pocket, why wait for the announcer to get around to telling you what you need to know?
The first people to leave the radio audience will be the ones that the advertisers want most. And it will spiral down from there.
Just as newspapers fell off a cliff, radio is about to follow. It's going to happen faster than anyone expects. And of course, it will be replaced by a new thing, a long tail of audio that's similar (but completely different) from what we were looking for from radio all along. And that audience is just waiting for you to create something worth listening to. 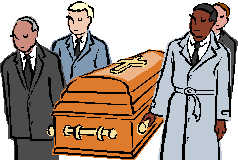 (To see more of Seth's thinking go to his blog page: http://sethgodin.typepad.com/seths_blog/

Is it too late?  Maybe.  I'm afraid that the current owners of most of America's radio stations are not willing to admit there is a problem.  And even if they were, they would consider the solutions to be too expensive and too risky.

They simply don't have the imagination to realize that their current content is no match for the other choices listeners now have.  Or the creativity to put something on their air that would compete.