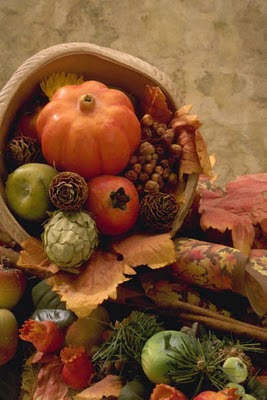 A veritable cornucopia of topics this week:

A major passing of the guard this week: The company that built out the original telephone network and ruled it as a monopoly, AT&T, is asking the FCC to phase out the circuit-switched legacy network and transition to broadband and IP-based communications.

"With each passing day, more and more communications services migrate to broadband and IP-based services, leaving the public switched telephone network ("PSTN") and plain-old telephone service ("POTS") as relics of a by-gone era," the company wrote in comments filed with the FCC.

Congress has charged the FCC with creating a National Broadband Plan and AT&T was commenting on that plan. The commission must martial its resources to ensure the "necessary deployment of the enormous amount of infrastructure necessary" for service to be available to 100 percent of the population, according to AT&T.

No kidding! (And want to hear something weird? Blogspot would not allow me to use an ampersand in a post label for this article! Odd.)

Second topic: lots of chatter lately about how to measure Internet ad effectiveness, or just how to measure things like audio streaming sources. HERE is a link to a recent podcast on the subject that makes some good points. And raises a bunch of questions, not just on that topic. (Thanks to John WA5MFL for forwarding.) When I was with Arbitron, we were seriously trying to enter the Internet streaming measuring business, but never seemed to get traction. We were still diary-based, of course, but looked at accessing server logs and all that kind of stuff. But that still left much to know about who was clicking on those links and listening to all that audio and watching all that video. You know, little stuff like age, sex, race, household income, home zip code, etc. Work in progress, and it will be for some time, even as billions of dollars chase those ears and eyeballs.

And finally, an email landed in the inbox this week that reached me on two different levels. First, it was a notice about the upcoming and massive (though not quite as massive, maybe, as in the past) show in Las Vegas in April, and a request that I pass along an invite to my blog readers, including a code to get free admission to the exhibit floor. Cool! But I also was interested in how Jason Rouse and Tuvel Communications, who are working with NAB to market the show, are using this simple means to contact bloggers and get the word out. Ads in the broadcast trades? Direct mail? Exhibitors giving out passes? All still viable. But why not get guys like me to also help push attendance? Well, for all half dozen of my regular readers, here, in its entirety, is Jason's suggested blog post:

There have been some rapid changes over the last few years that we as a digital broadcasting community face. The 2010 NAB Show is the place to discover new opportunities for all of us in the broadcaster world.

The NAB Show is coming up faster than you think – April 10-15 in Las Vegas! For a taste of what the 2010 NAB Show has to offer, check out what the Broadcast Management Conference and discover how to further monetize and manage your digital products in today’s dynamic marketplace: http://ow.ly/15xv1

Oh, and just because you are reading my blog, I’m giving out a code for FREE ACCESS to the Exhibit Hall at the show. This free Exhibits-Only pass includes (but is not limited to):

Visit http://ow.ly/13T8Q today to redeem or register at http://nabshow.com/register with the code A913 (and feel free to pass this along).

Don't forget to check out the official show website at http://www.nabshow.com for more information, news, and to register!

And yes, I DO get a listing for my blog in return! Now I just wish I could go. For a gear goober like me, there is nothing else like it...miles and miles of electronic stuff! And a great ham radio get-together with lots of door prizes, too.

Whew! Glad I got all that in. Now I'm going to go lie down for a while.

Blowing my own horn 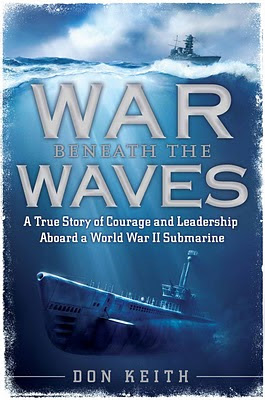 Excuse me a bit of crass self-promotion. eHam.net, an amateur radio web site, has run a press release about my forthcoming book, WAR BENEATH THE WAVES. You can read it by clicking H E R E. Or go to my web site to see more about this book.

I also just recorded a two-part interview for The Rain Report, an audio news service aimed at amateur radio enthusiasts. It should be available next week. You can visit the web site and--when available--download the programs by clicking H E R E.

Hap Holly KC9RP, who hosts the program and conducted the interview with me, is an interesting individual. Blind since the age of 7, he has coped well and been very successful in life. He is the son of blind parents whose marriage was the subject of a best-selling book and made-for-TV movie. To see more on this very interesting man, click H E R E.

So that's it. No controversy. No rants. No raves. But I have some interesting info on the sorry state of measuring Internet audiences that I'm digesting. (Thanks to my friend John Krupsky WA5MLF for forwarding me the podcast that started me on this path.)

Besides, sunspots are returning, 12 and 15 meters are open to exotic spots all over the world, and I'd rather concentrate on that for a while rather than get my blood pressure up over such trivialities!

Just how super was the Super Bowl? 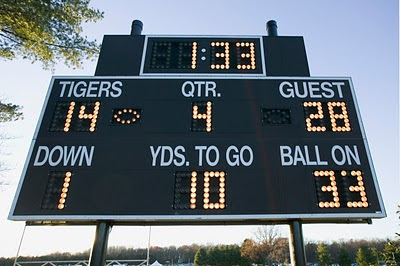 It is, after all, the media event of the year, but I was totally unaware that, despite all the annual hype, the Super Bowl had never been the record holder in TV viewership. Until this year, that is. The final episode of MASH has held that lofty perch for decades, but this year, thanks to a bunch of factors, the Saints and the Colts tackled more viewers than any other TV show in history.

Of course, there were some compelling story lines--what the team means to Katrina-wracked New Orleans, the Mannings and their split loyalties, just a couple of very good football teams who got to the game by playing well--but it is interesting to note some of the reasons Nielsen, the company that measures TV viewership, gave for the big score this year.

See, if you watch TV in a sports bar, at a friend's house, in a hotel room, or in the backseat of your mini-van, that viewing is not necessarily captured by the ratings company. If you are a Nielsen family and have a set-top box on all your TVs, but you watched Drew Brees throw those pinpoint passes over at a buddy's house, you did not get counted in those 106 million households. Oh, if you are in one of those many markets where Nielsen uses the diary method, you may have been honest enough to make the proper entry in your diary while gnoshing on nachos, but that did not get counted in the overnight numbers that are being bandied about. In fact, that data won't be available for a while yet.

There are better ways. Arbitron has one. If you were a PPM panel member and watched the game at Smokey Joe's while scarfing up wings and beers, your viewing could have been recorded so long as the sound on the TV was up. But Arbitron lacks the wherewithal to go after the TV ratings business.

Truth is, it's no big deal to CBS, who carried the Super Bowl. 100 million? 106 million? No big deal. But why should it matter to you? When you consider the same antiquated technology makes the difference between a good show surviving to grow or being tossed on the trash heap, the measurement makes a big difference. Or if you are an advertiser deciding how to place your media dollars to grow your business and hire more folks, it is crucial that you get accurate and timely data, or you make mistakes that could be fatal.

Bottom line is billions are being spent--including $5 million per minute on Super Bowl ads--on TV advertising using numbers generated by 1950s technology. Heck, the Super Bowl has been around since 1966! That's XLIV years.

Not so super when we don't know how to keep score, huh?