I have had the pleasure of doing a couple of blog appearances in the past week.  One will be released in June as part of a brand new World War II blog series done by the History Network in Great Britain.  Angus Wallace did a great job on the interview, and I will try to remember to update this post with a link when it is available.  We are, of course, discussing the USS Neosho and my book about what happened to her--THE SHIP THAT WOULDN'T DIE--at the Battle of the Coral Sea.

I was also honored to be a part of the podcast series from QSO TODAY, a web site belonging to Eric Guth 4Z1UG, who interviewed me from Jerusalem, in Israel.  We discuss amateur radio, how the hobby can enhance a person's education and career, my ham radio book, RIDING THE SHORTWAVES: EXPLORING THE MAGIC OF AMATEUR RADIO, and also about my other books.  Eric does a good job with the podcast but also includes "show notes" that add a great deal to the audio, including numerous appropriate links and even pictures of some of the things we talk about.

You can see the show notes page and listen to the podcast from the QSO TODAY site by clicking HERE.
Posted by Don Keith N4KC at 7:13 PM No comments:

You have to admit that I rarely use this forum for self-promotion for my World War II (WWII, WW2, World War 2, #WWII, #WW2) just to get all the keywords in there), amateur radio (ham radio, #hamradio, #amateurradio), submarine, Alabama (Crimson Tide) football, or other books.  But right up front, let me warn you this is one. 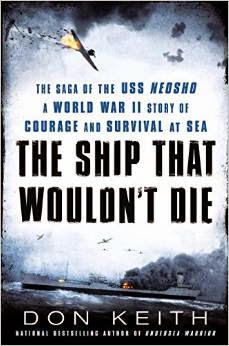 While we are at it, are you noticing that most articles you run across on the web...regardless the source...are loaded with both keywords and language designed to put the content at the top of Google, Bing, and other search engines.  Click bait!  It is becoming less and less about what is said and how it is said and more about how Google, Bing, and the rest find and index what is being published.  And so it shall be from now on, I suspect.  And, as best as I can, this article is being written more for Google than for you nice folks who follow the Don Keith N4KC Rapidly Changing Technology blog.  For that I apologize.  But it is what it is.  I feed my family by writing WWII (World War II, World War 2, WW2), amateur radio (ham radio), submarine, and Alabama (Crimson Tide) books.

Well, maybe you are interested that my new book, "The Ship that Wouldn't Die", has now been released and, even before it officially shipped, landed on several Amazon.com (Amazon) bestseller lists.  Amazon.com (Amazon) being the top seller of books these days, that is a positive sign for struggling book writers.  The book tells the story of a WWII (World War 2, World War II, WW2) ship that was attacked and left for dead at the Battle of the Coral Sea (#Coral_Sea) and the remarkable efforts of her crew to keep her afloat until rescue ships arrived. 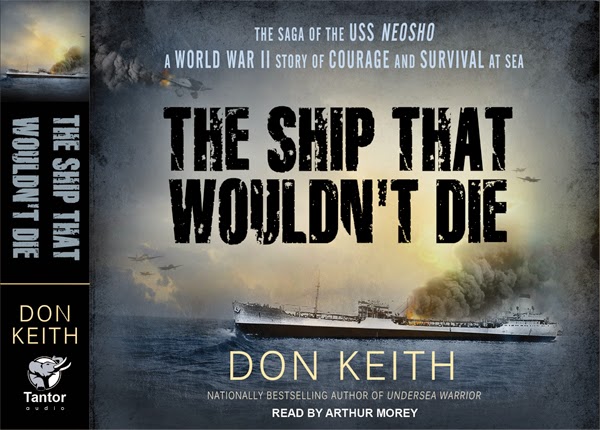 I also just got a copy of the audio book (#audio_book) and the fellow who read it, Arthur Morey, did a very good job.

If you like remarkable true stories of average men placed in desperate circumstances who do remarkable things, you will enjoy "The Ship that Wouldn't Die".

And I don't think there is a single potential search term in that last sentence.
Posted by Don Keith N4KC at 9:26 AM No comments:

Counter-intuitive, ain't it?  Despite all the rapid technological change in society and its effect on all media...and especially broadcast radio...a format that plays music forty years old is still among tops with listeners.  At least, that is true if you believe Nielsen ratings and this article from our friends at INSIDE RADIO:

OK, first let me punch a hole in Mr. Kassof's survey.  According to the article:

Asked to agree or disagree with the statement, “Classic rock sounds every bit as good now as it did decades ago,” two-thirds of the 320 survey respondents who listen to classic rock radio strongly agreed. 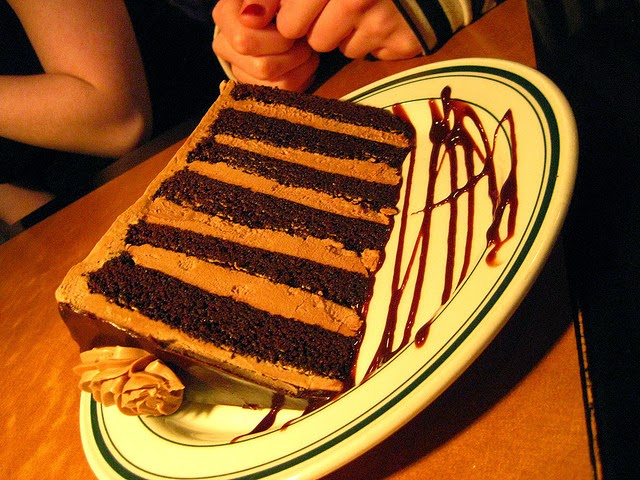 Then why does Nielsen (formerly Arbitron) surveys show classic rock stations to still be among the most popular in most radio markets?  Because of a strange--but purely self-serving--quirk in how radio ratings are gathered and presented.  And because of the nature of today's over-the-air listener.

If I sit at a desk all day and my only choice for background atmosphere is local radio, I probably prefer something familiar, unobtrusive, and non-distracting.  I probably also need something that will not drive fellow cubicle-mates bonkers.  Country gets on the nerves of some people.  Rap certainly does.  Adult contemporary is often a choice.  But almost everyone can tolerate classic rock, and especially if they are over 40 (as the article admits) and grew up listening to this music when it was new.  So, if I happen to be keeping a diary or toting a personal people meter (PPM) for the Nielsen folks, I can tally a whole bunch of listening to Classic Rock 105.5 or whoever.

Secondly, as mentioned in previous rants. radio is careful to yell and scream about its SHARE, not its RATING.  SHARE is the percentage of people listening at any given time to broadcast radio.  RATING is the percentage of every person in the survey area, including those who listen to no radio at all.

SHARE is how big a slice of the radio listening pie your station gets.  RATING is how big a slice you get of the "everybody" pie.  The former...SHARE...is from a pie whose size is shrinking rapidly.  Fewer and fewer people are listening to over-the-air radio because there are so many other audio sources for them to choose.  Me, sitting at my desk, might listen to Pandora instead of Classic Rock 105.5 if my company's IT department doesn't mind my use of the bandwidth.  But as long as we are talking about a PERCENTAGE of the pie...the SHARE...it will continue to look impressive.

But when figuring SHARE, all that other listening is ignored.  Only over-the-air stations count.  (Yes, new efforts are being made to measure things like radio station streaming and other sources, but we ain't there yet, and share still does not reflect it.)  Even if a station has a big SHARE, it could still be far fewer actual sets of ears than it used to be.  Today's (let's say) 12 SHARE is a lot less human beings than it was a decade ago but SHARES...percentages...are still the same.

Oh, and I can think of one other reason classic rock might still remain a "strong" choice for radio listeners.  Note this sentence in the article:

Nearly 30 years after it emerged as a rock splinter format, classic rock shattered its PPM ratings record in February, underlining the timeless nature of the music.

Could it be that people who still listen to broadcast radio...and who are willing to keep a listening diary or carry a meter for Nielsen...are not very active listeners in the first place?  That they are not seeking new music or more active formats?  That just want something familiar, safe, and non-threatening?  Something not perceived to be noise?  Could that also be why the most successful classic rock stations have practically no personalities (live deejays) on the air? 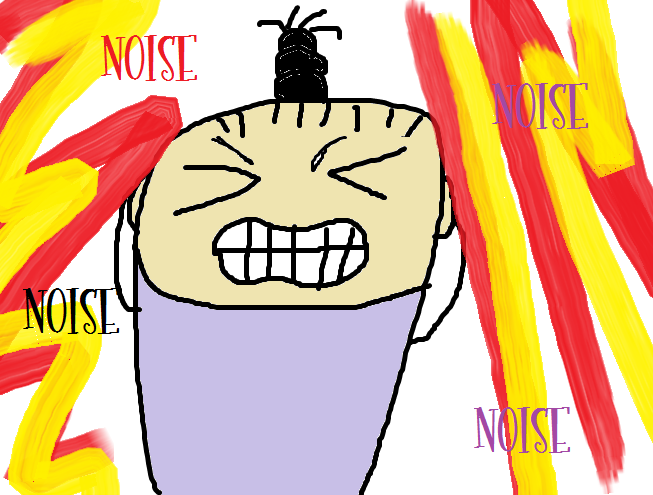 Could it be that today's over-the-air radio listeners--far fewer of them, remember...actually only want non-distracting background noise?  Is that where you want your commercials, Mr. Advertiser?