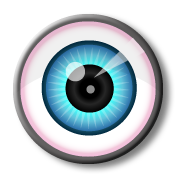 For those of you who read these pithy posts and are not in the media, the following observations may mean little. But they should. We are talking about radio ratings, measuring how many people are listening to a particular station at a particular time. Right now, the only viable source of that information is Arbitron. I don't say this because I used to work for them, but the company does a wonderful job of this, and have invested millions in new technology to do an even better job.
That new technology (PPM) is about as close to perfect as we are going to get anytime soon. I did NOT say "perfect." I said "close to perfect." But for those of us who need accurate estimates of viewership, listenership, readership...all those "ships"...in deciding where to place our ads, it is light years ahead of previous methodologies. Actually ahead of EXISTING technologies--read: Nielsen and their goofy set-top boxes and diaries (that still attempt to measure TV viewing).
But when measurement becomes more accurate, somebody's ox is going to get gored. I'm sure when scales became better able to measure the weight of meat, butchers everywhere screamed they were getting cheated.
Recent article in a media trade newsletter:

While Arbitron has put its legal battles behind it, it still has one looming hurdle. In a meeting with acting FCC chair Michael Copps, a coalition of groups representing minority broadcasters has renewed their call for a formal inquiry into Arbitron’s PPM methodology. Arbitron insists the FCC has no authority to regulate its ratings service.

The legal battles involved the attorney general of New York state, who felt it was more in the interests of the citizens of that fine state that he worry about sample size, meter placement, and panel integrity than drug smugglers and terrorist cells.
Now this particular group is asking a federal agency that is charged with regulating broadcasting, telephones, satellites and the like to regulate a publisher/syndicator of ratings estimates.. Next, college football coaches will ask the Federal Trade Commission to clamp down on USA TODAY because their schools did not get rated as highly in the paper's weekly poll as they feel they should be.
NOTE TO MINORITY BROADCASTERS: Be careful what you wish for! Ratings that are more accurate and believable will make you and your stations much more viable places for advertisers to spend their money. Concentrate on the content of your programming, the marketing of your brand, and how well your serve your listeners-not on trying to discredit better technology-and the money will follow.
NOTE TO THOSE NOT IN THE MEDIA: If the FCC can regulate Arbitron, they can regulate everything you watch, read, listen to, or click on. Do you really want that?

Don Keith N4KC
http://www.donkeith.com/
http://www.n4kc.com/
(A web site devoted to articles for those interested in
the hobby of amateur radio)
Posted by Don Keith N4KC at 9:03 AM