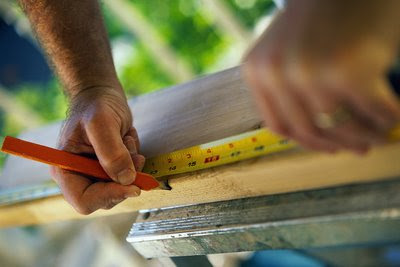 I know this blog that is supposed to be dedicated to technological change often tends to swerve toward media, but darn it! That's where I've lived most of my life. And there is so much technological innovation (and disgusting pig-headedness) there that it begs discussion.

Here's a short blurb from a media trade email that got my blood pressure up already this morning:

"When PPM rolls out in eight additional markets next week, dozens of new stations will get a shot at appearing in the monthly ratings book. But not all operators are encoding their multicasts, and so far no HD2 or HD3 station has showed up in the ratings. One GM says 'Nothing can kill a new idea faster than metrics.'"

Quick background: PPM is the "portable people meter," a device that has the capability of measuring exactly what a person is hearing. Though it is only being used for radio now, it has the capability of measuring TV, Internet streams, and more. We were in the development stages of this device when I was with Arbitron, and it is by far the most accurate media measurement system ever developed...as passive as possible (not dependent on people remembering or writing down what stations they listen to) and single-source/multimedia (can measure more than just radio and give a picture of people's media usage HABITS, not just radio listening).

"HD2" and "HD3" refers to the ability of digital over-the-air radio stations to broadcast additional programming on separate channels from their usual main one, all on the same signal.

With digital radio happening all over, station owners and operators are facing several hurdles:

And all this is happening at a time when traditional terrestrial commercial radio broadcasters face competition from streaming Internet stations, XM and Sirius via satellite, iPods, people talking on and getting programming from their cell phones. And at a time when broadcasters refuse to develop talent, spend money on programming, or take any chances whatsoever. Yikes!

I know owners and investors are scared. But that one quote in the story above is about the silliest I have ever seen.

"Nothing can kill a new idea faster than metrics."

Instead of saying, "We are going to put content so compelling on our sub-channels that the public will flock to us...please, please measure it so everyone will see what we have," they are afraid someone will see that, once a yardstick is applied, there is nothing there to measure. This is the very "head in the sand" attitude by the people who hold the keys to America's radio stations that will eventually kill the medium graveyard dead!