News you may have missed while engaged on social media

THEY TELL ME 95% OF YOU GET 100% OF YOUR NEWS FROM SOCIAL MEDIA these days…so I thought I’d bring you up to date on a few stories you may have missed.

You may have heard from others that both the Washington Redskins NFL team and the Cleveland Indians MLB team are considering new names because the ones they’ve used for most of a century are now offensive and causing considerable offense and psychic pain to some folks. But you may have missed these similar breaking stories: 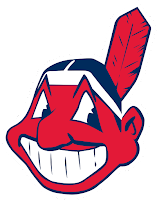 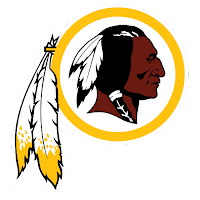 The Dallas Cowboys are also coming under pressure to change their name. We’ve all seen those John Wayne and Clint Eastwood westerns in which the cowboys brutally shot indigenous Native Americans right out of the saddle. Plus, in some circles, the word “boy” is considered a racist term while also being sexist and discriminatory to members of the LGBTQ community, who are offended by any such crass, hurtful designation of gender. And environmentalists assure us that cow flatulence is destroying the planet while vegans are quite upset that we glorify beef in this or any other way. Some of the latter are proponents of renaming the Cowboys as “The Rutabagas.” They maintain the time has finally come when we should use names of prominent root vegetables for our athletic teams. (Remember, too, that Clint Eastwood, of “spaghetti western” fame, came right out in public and addressed the Republican National Convention several years ago, acting as if there was nothing at all evil in doing such a thing. Or at least he addressed an empty chair there on the dais. That, alone, should be sufficient reason to discard the “cowboy” moniker!) 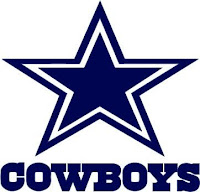 Similar actions are imminent for the Oakland Raiders, the Tampa Bay Buccaneers, and the Pittsburgh Pirates. You surely know the atrocities committed by those similarly-named, lawless brigands not so long ago in our country’s history. Maybe you don’t, because you studied history in college, and most of it has been properly expunged—note that very soon, the American history textbook will be a pamphlet, as it should be!—but trust me, those were some bad thieving, killing, ship-sinking dudes. Or, I should say, misguided individuals who would have benefited from self-awareness therapy and anger management intervention by a qualified professional counselor. But that was before we recognized the value of re-directing taxpayer dollars from the police to such far better solutions for combatting crime. Yes, the pirates mostly robbed, pillaged and killed European explorers, which is no reason for criticism against them. As we now know, those imperialists were only interested in bringing the rule of their royalty, their religion, and their syphilis to the so-called New World. But the bandits also did some bad stuff to the indigenous people of the Caribbean, including burying chests of plunder and allowing the dead bodies of European imperialists to wash up on their pristine beaches, creating early pollution issues. Even worse than a plastic straw up the nose is having a dead European stuck to the snout of a struggling sea turtle. 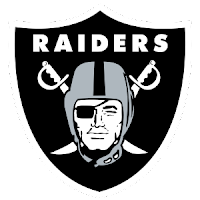 Finally, I note that the San Diego Chargers will have to change both their names this fall, first because they are no longer located anywhere near San Diego, so it makes no sense to tie them to that city (don’t get me started on the San Diego Padres, whose name insults people everywhere who are hoping to remove any designation of gender in the words we use to describe each other, as well as that horrid name doing so much to crush the feelings of atheists, who prefer their tobacco-chewing, crotch-scratching athletes not be saddled with such a painful and Catholic title). But the real reason so many are having their feelings bruised by the name “Chargers” is because their team name shows a lack of respect for those who are being crushed by credit card debt and mammoth student-loan obligations. A number of truly woke organizations note that the team’s slavish devotion to the evils of capitalism should not be celebrated. And since free college tuition is absolutely a birthright (another strike against the old white men who wrote that silly constitution under which we continue to operate a nation), a four-quarter reminder every Sunday afternoon and again on the scoreboard/highlight shows of the economic evils promulgated upon us by greedy billionaires is simply not acceptable.

Okay, those are some of the top stories you may have missed while busy on social media perusing pictures of people’s cats and culinary dishes you could never make yourself in a million years (but still posted the picture from the recipe web site, hoping somebody might think you cooked it and took the photo). Stay tuned.