No, I don't think traditional broadcasting is going away anytime soon.  No, I am not convinced that the huge video display in the middle of most new car dashboards is going to cause the imminent demise of Rock 107 or Classic Hits 92.3.  But if broadcasters want to continue to put their heads in the sand and ignore the impact on their business of this rapidly changing technology, then they will only hasten the aforementioned fate for the medium I love so much. 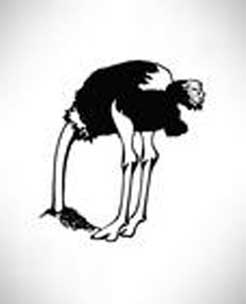 Latest example of using questionable statistics to convince themselves the sky is not falling: an article in INSIDE RADIO, a publication/e-mail newsletter that does little else but find glimmers of hope wherever they can for the people who subscribe to and advertise in their products.  If you don't want to read the article, here are the key points it makes:


As usual, I must mention that the article does not give us any idea of who was surveyed other than they were "potential vehicle buyers."  Nor do they tell us how many respondents were in the sample, how the demos were broken out, or--most important of all--how the questions were worded.  Anybody familiar with research can confirm those are huge factors in the results, and especially in a research project conducted for a known audience and used to bolster that audience's own agenda.  There is no link in the article to the survey or to the entity that conducted it.

Okay, to the first result above: when was the last time a new car was sold in this country that did not have an AM/FM radio in it?  So why would anybody have to "insist on" having one?  Does the question simply show a list of add-ons and ask respondents to choose the ones they would "insist on" when purchasing that vehicle?  I'd say near 100% of buyers would expect to have an AM/FM radio and would, if asked, choose it from a list in a survey as something they would insist on.

If so, should it not be extremely discouraging for broadcasters that less than 75% of buyers "insist on" something so basic and ubiquitous--something so ingrained in American culture--as an AM/FM radio in the car?  Who are those 28% who don't care to have one at all?

Boy, I sure would like to see how that breaks out among different age groups, too.  If old folks who cannot even imagine a car without an AM/FM radio are skewing that number upward, and if a couple of generations of younger folks are not all that crazy about having the device cluttering up their dashboard, then what does that portend for the future of the broadcasting business?  "Well, if it comes with the car and doesn't cost me anything, I guess it's okay to have one.  But I'm not insisting on it.  It ain't a deal-breaker.  But I have to have..."

Should it not also be scary as hell that half the respondents said they would "insist on" a CD player and MP3 player?  That is half the potential listeners to terrestrial radio who want the capability to listen to something else.  How are stations going to ask the dollars they need for commercial advertising if half their potential audience is listening to their favorite CD or iPad instead of Mickey and Mushmouth-in-the-Morning?

Of course, there is another third who want "apps" so they can check traffic, weather, news, and the like on their dash screen instead of waiting for their local radio station to get around to giving them that info.  I see no mention of Bluetooth technology that integrates the mobile phone into the dash, but I have to assume that is what they mean by "apps."  Or at least what the respondents assume they mean.  And if they are using an app to get desired and important info instead of listening to radio to eventually deliver what they need when they need it then what does that do to the stations' audiences?  Oh, and how much time are they spending on the phone as they drive, using hands-free technology?  And if they are yakking on the phone, they ain't listening to Country 107.9.

That final number--20% "insist on" HD radio--stuns me.  First, I can't believe 20% of any random sample of potential car buyers even know what HD radio is, let alone would not buy a car without such a device.  Ask the next ten people you meet if they would have to have HD radio on any new car they wanted to buy.  See if you can find even two who know what the heck you are talking about.  I suspect that 20% saw something on the list that looked like it might be cool and checked that box.

Bottom line: traditional broadcasters will not stave off the threat of the connected car with its digital dashboard with self-serving surveys and self-convincing "analysis."  As in-dash technology and connectivity become more user friendly and effective, auto buyers will insist on a full array of capabilities in the cars they purchase.  Most of those capabilities will drag listeners away from old-fashioned, always-there AM/FM radio in droves.  That will eventually kill broadcasting as a business and a lifestyle.  If nothing changes, such an outcome is inevitable.

We have solid examples that it is so.  Ask newspapers and magazines what happened when subscribers went away, lured by technology that made the content they traditionally got from print easier to access, more powerful, and more ubiquitous.  What happened to the ad rates print media were able to demand?  Have you looked at the classified section of your daily paper lately?  If you even have a daily paper anymore!

So what should radio do instead of commission surveys and play more of the biggest hits of yesterday and today?  Give listeners a reason to keep listening.  Give them content they can't find via Bluetooth, apps, or an MP3 player.  Give up on "broadcasting" and learn to make a profit on a niche audience that can be worthwhile to particular advertisers at a reasonable price.  Learn something about "marketing" instead of relying on the hope that the AM/FM radio always has been there in the dashboard so it always will.  (Newspapers were around long before radio and where are they going now?  Longevity is not a factor in survival as technology changes.  The technical evolution of media is brutal.)

Oh, and I wonder what that percentage of "insists on" would have been if the surveyors had separated AM and FM radios in the list of dash must-haves.

How many would have "insisted on" an AM radio in that sparkling new vehicle?