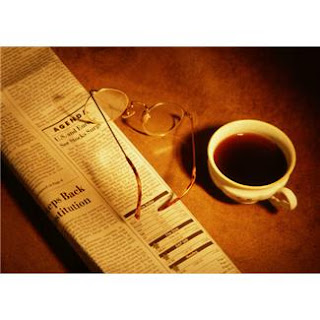 Look, I get it.  This blog, after all, deals in part with how rapidly changing technology affects media.  I understand why my local daily newspaper, The Birmingham News, has gone to only three printed papers a week while attempting to shuttle subscribers to their online affiliate, www.al.com, and a "digital edition" of those three papers they intend to print and toss my way each week.

And while I may be a curmudgeon, I am not the typical newspaper-loving curmudgeon who simply refuses to accept such dramatic change to a daily habit.  Again, I understand the technological...and, more importantly, the economic...factors that are driving this thing.  Just as with books, radio, TV, and all other media, there continues to be speedy change and it will be difficult for many of us--even those who have grown up during a time when all this came about--to adapt as this parade becomes a foot race.

But The Birmingham News is stumbling right out of the block.

I won't even go into the snafu of trying to get my subscription renewed, an adventure in which they wanted to charge me the same seven-day-a-week rate for only three papers a week, then offered me a stunningly low price to renew, but then somehow cancelled my existing subscription in the process, a month before it ran out and the new delivery deal started.  Or later refused to honor that stunningly low price, saying it did not even exist on their rate card, but still lowered the price somewhat...after finally re-starting the subscription I had already paid for.  No, I won't even go into that. 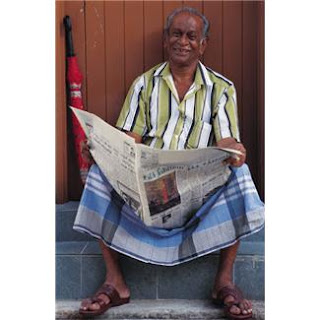 Today was the first day of the "new, expanded" daily paper.  To soften the blow, the paper has continually promised that those three printed editions each week would be well worth giving up the other four days.  I did miss my Monday and Tuesday papers, but with the promise that those three papers a week would offer much more content and features, I awaited anxiously the delivery of my Wednesday edition.  Since this was the first one, I figured it would live up to the hype and be an example of what was to come.

I was even a bit nostalgic as I walked down and found it, halfway down the hill next to the driveway, under the crepe myrtle tree, amid the briers, where the carrier has consistently thrown it for the past ten years, despite my complaints and the 150 feet of nice grass frontage on the street where he/she could have more easily tossed it.

Upon lifting it, it did seem to be only about the same weight as the usual Wednesday paper, with all the food ad inserts, but I still hoped the content was all that was promised in all those comforting articles the paper has been running for the past few months.  Here is what I found inside that tightly bagged publication:

Okay, it was their first "new, expanded" paper.  Maybe they are honing it, pacing themselves.  But they've known for months now that this edition would be landing beneath my crepe myrtle tree amid the briers.  Seems they would have come out smoking, not only meeting but exceeding the expectations of guys like me who would be a tad cynical no matter what.

It didn't happen.  And, by the way, they are fumbling the whole digital thing, too.  Al.com has a less than impressive user interface, even after some clean-up they have done lately.  And it is especially baffling to those accustomed to a printed paper, who want to scan not only headlines but the first paragraph or two of a story before committing to clicking to read it all, putting up with pop-up ads, flashing icons, peel-down corners, and more.

Apparently, they anticipated the angst.  Monday morning, I glanced out my window and saw what appeared to be a newspaper in the drive-way...not beneath the tree in the briers.  Huh?  Turns out, it was a publication attempting to tell folks how to navigate their new source of news on Monday, Tuesday, Thursday, and Saturday...al.com.  And it took them eight pages to try.  Eight pages filled with confusing but colorful stuff.  I can only imagine what most of those receiving it thought.  And how the ones for whom it was obviously targeted--those with limited computer skills--would react.

Is there some irony in the fact that the publication attempting to give instructions on using the News's new digital platform contained almost as much content as their "new, expanded" printed edition that landed in my brier patch today?

Thanks for your analysis, Don. I haven't seen the print product in some time, so it's interesting to hear from someone who knows it and can compare the recent daily edition to the new supposedly expanded 3x/week edition.

Thanks for your critique. You certainly spent some time scrutinizing the new product. My wife will likely agree with many of your comments when she gets to look at the Wednesday edition more this evening. She had only 10 minutes to see it early this morning.

Thanks, Wade. Somehow I imagined The News would want to make the transition to less-frequent printed editions as easy as possible to its remaining subscribers. That was why I figured that very first edition would be a wonderful example of what they could expect. Didn't happen. That opportunity has been squandered.

And John, it didn't take me long at all to examine that day's paper. I finished it in a few minutes!

Now, I'm about to walk down and see what Friday brings to my briar patch.