Succinct but so powerfully true 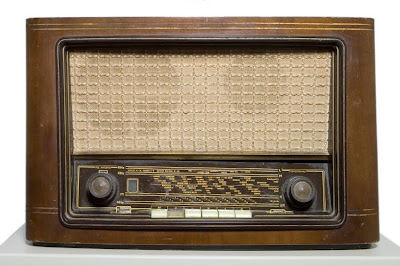 I know my "technological change" blog has veered lately to diatribes on the current state of broadcast radio. But I'm not going to apologize for that. The medium touches almost all of us. It is a powerful way to reach and affect folks. And it was how I made my living for 34 years...and still do peripherally. So humor me.

Now comes a truly succinct but powerfully true sentence from media consultant--one of the few who actually "gets it" when it comes to how technology affects traditional broadcast radio--Mark Ramsey. On a recent blog post he concluded with this statement about radio:

It's everything except our music that will make us the most popular place to hear music in the future.

You don't have to be a media consultant, a former disk jockey/programmer, or media blogger to appreciate the fact that when people can program their own music in any mix or order they want, a radio station that tries to please a large number of them will ultimately fail. When people can tailor that music mix and get it on their car radio, smart phone, computer or any number of other sources (heck, I get 40 channels of music on my DirecTV!), then those stations broadcasting from a tower on a hill will get lost in the fog of available songs.

Only people who are too lazy to do more than switch on the radio, or who just don't really care and will put up with just about anything, or who accidentally fall into the small number who really like the radio station's music mix will be long-term listeners.

(Insider note: stations may not care. They still live on SHARE. Shares of audiences are still high, since it is based on the number of people listening to radio at a given time. A station can have a 25 share...25% of people who are listening to their radios...but when you look at their RATING...percentage of the total population...it may be less than 1%. At one time it would have been much higher. SHARE is the percentage of the listening pie. That pie is getting smaller and smaller.)

But it takes creative people to concoct the "glue" between the songs. The "glue" that holds listeners and causes them to prefer the station's stream of songs to their own self-created stream. Creative people cost money and a benefits package. And the really good ones want some control . Sometimes they are wrong. Sometimes it takes them awhile to get the recipe right. And if they are good, someone will try to hire them away. All that's trouble. They are a risk. Risk is avoided at all costs by today's broadcast owner/operators. It must be avoided!

Somehow, they don't realize that the biggest risk of all is being too safe.


www.facebook.com/donkeith
Posted by Don Keith N4KC at 11:51 AM