A friend of mine recently sent me an old magazine article that proclaimed that the time before World War II should be declared as "Radio Days." The article went on to say that anything related to the medium after the war was downhill, killed off by television. I agree that the '20s and '30s was a magical time for broadcasting, typified by the Woody Allen movie "Radio Days."

I actually believe each generation has its own "radio days." For me, it was the top 40 radio of the '60s and album rock of the early '70s. My radios were in the dashboard of my VW bug or a smaller Radio Shack AM/FM portable, battery-powered receiver, but with a speaker big enough I could hear the songs.  I further believe radio had two golden ages, the '20s and '30s, as this article describes, and the 60s and 70s, when top 40 and creative deejays saved radio from the onslaught of TV.

(I wrote an article that ran in the December issue of American Legion Magazine about a big broadcast on Christmas Eve 1943, the first time all four radio networks simulcasted a single entertainment program. Bob Hope hosted and they used shortwave to bring in servicemen at many points around the globe...the most ambitious use of remote broadcasting ever attempted, though to mixed results. It ended with a fireside chat from President Roosevelt. But the point of the article was to show the power of radio at the time, to boost morale on a special day in the midst of a brutal war. You can read the article HERE if you are interested.) 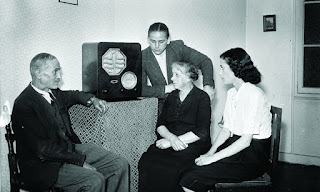 Now, this generation probably won't even know the word "radio," and their source of music and entertainment is an iPhone or Pandora or YouTube. Music is not "presented," curated for them, or delivered in a way in which it is part of a "show" or has a host who was telling listeners why they should hear the song about to play. And it is not put together in such a way that the music flows from one song to another so each song "fits." It's not heard on good radios with big speakers so the music sounds good. Sounds good and can be FELT! 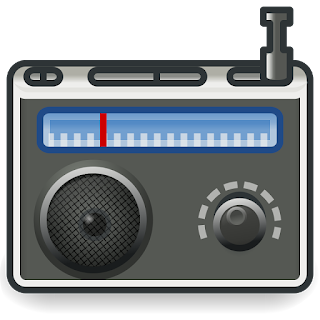 Instead, it is "streamed," one song unrelated to the other, selected for them by a computer algorithm, a formula based on what other songs the person typically listens to, almost certainly eliminating the chance the listener will be introduced to new music and artists he or she might actually enjoy, but is culled by the algorithm.  And unless the listener wants to Google the artist, he or she might hear the song and not even know who sang it, who wrote it, why it was sung or written, who played on the session, what other songs the artist might have written or recorded, how popular it might be with other listeners, or whether or not the artist might be coming to town soon for a live concert. The listener is almost totally detached from the stream, thus rendering it little more than background noise. 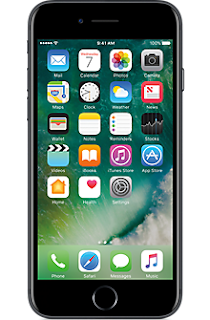 That's what I think today's music listeners are missing!  Their "radio days" will be "streamed-music-on-an-iPhone days." And that is sad.

Don,
In general I agree with you, but would add the 40's to the list of Golden days! Most of the radio I enjoy today is via mp3 of Old Time Radio programs. Box 13, Boston Blackie, Dimension X, Escape, Have Gun Will Travel, Humphrey Bogart, Nero Wolfe, Paul Temple, Phillip Marlowe, Suspense, Yours Truly Johnny Dollar, and many others.
I guess it comes from the radio programs I heard as a child and the TV programs I watched then as well. Most were related to the 40's.
My main interests are in the Old Time Radio programs, but as for the music, the 40's and the 70's are my favorites.
Thanks for your input!
WB4RHA

As a toddler, I was exposed to the big bands, so music of the 40s has always had a special appeal. Moonlight Serenade, String of Pearls.. music that brought a generation together during World War Two. We don't have that "Oneness of Purpose" since that era. Don't get me wrong... there have been some incredible music in the 50s out of Memphis and in the 60s out of Muscle Shoals. And I can probably embarrass myself with all the trivia I know about ABBA and the Pet Shop Boys.... I appreciate a song that tells a story. The Eagles come to mind as well as Garth Brooks. Give me a song that's memorable and unique. I'm just waiting on Bluegrass Rap. Don W4DNR

We are Offering best Global Financial Service rendered to the general public with maximum satisfaction,maximum risk free. Do not miss this opportunity. Join the most trusted financial institution and secure a legitimate financial empowerment to add meaning to your life/business.